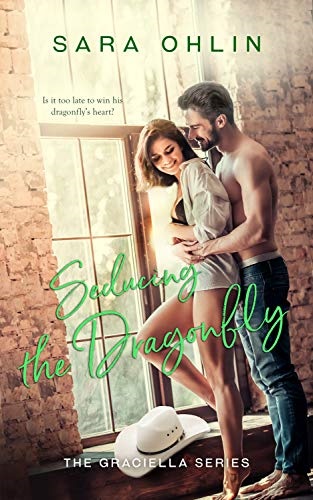 Returning home to the Oregon town of Graciella after twelve years away, international real-estate guru Turner Brockman intends to make amends for having disappeared, then vanish again. He didn’t plan on meeting a figure from the past he tried to escape—beautiful Lily Moreno, now all grown up and the independent creative owner of Dragonfly Design & Construction.

Lily never expected to see Turner again and she’s determined to hide the love she’s felt for him since she was a girl, when he crushed her heart and killed her trust in men. Creating and owning the top construction company on the West Coast and being there for her friends and family are Lily’s only desires now. Except…there’s an intense chemistry between her and Turner, one she gives in to, only to harden her heart after every encounter.

Welcomed back into the beauty of Graciella and the family farm with loving open arms, Turner falls quickly for Lily, but faces his greatest challenge yet—seducing Lily into trusting him completely. Will his intense love, patience and good old-fashioned wooing be enough to capture his dragonfly’s heart?

Lily snaked her truck through the construction signs and orange barrels from the road crew that was working on Main Street during the week and parked at an angle that would make getting the long boards of wood out of her truck and straight into the theater easier. Lily put her earbuds in, cranked up Brandi Carlile and got to work.
Brandi was in the middle of an angsty love song when the two by fours Lily carried over her shoulder smacked against something behind her.
“Holy hell!” she swore as the impact jarred her. When she turned to inspect what had gotten in her way, her heart flipped over. Not something, someone. No. No. No! It can’t be. Not here. Not now. Not ever. She slammed the wood to the ground and sucked in a breath. Turner Brockman in the flesh. Lily ripped out her earbuds, her music replaced with a shadow from the past.
“I’ll second that,” he said, rubbing his shoulder. She followed the motion of his arm. She’d smacked him with her two by fours. Appropriate. His voice was deeper, but, even with his pissy tone, she’d recognize the sound anywhere.
“I didn’t see you…” No one’s seen you in twelve years. Her heart hovered and fluttered in recognition. Oh, no you don’t, you traitor. We do not love him anymore.
“See me? What about hear me?” he said, his voice edged with cold annoyance. “You left your truck blocking the road. I honked at you, twice. What kind of an idiot leaves his truck in the middle of the street full of lumber in broad daylight?”
Lily’s shock and surprise flipped over into anger. Idiot? Honked at me? ‘His’ truck? Oh, hell no! She wasn’t prepared for his return. She’d told herself he never would. It was the only way to exist, to move on once she’d picked up the shattered pieces of her young heart. Oh, how naïve she’d been. Thank goodness she’d grown up.
He stood there lecturing and thinking she was a man. Why had she ever fallen for him? Jesus, he didn’t even recognize her. She’d often wondered what kind of an impression she’d made on him. Now she knew—absolutely none. The jerk he’d been as a teenager seemed to have exploded into its full identity. And he was in her face. Great! Just fricking great!
She turned and stalked outside. Just who’s the idiot? She made it to her truck and could hear Turner yelling after her. She dug in the bed of her pickup for her toolbox and tried to regulate her breathing. Seeing Turner had knocked it loose and it skimmed and fizzed out of control, like scrambling to find breath after diving into freezing water. 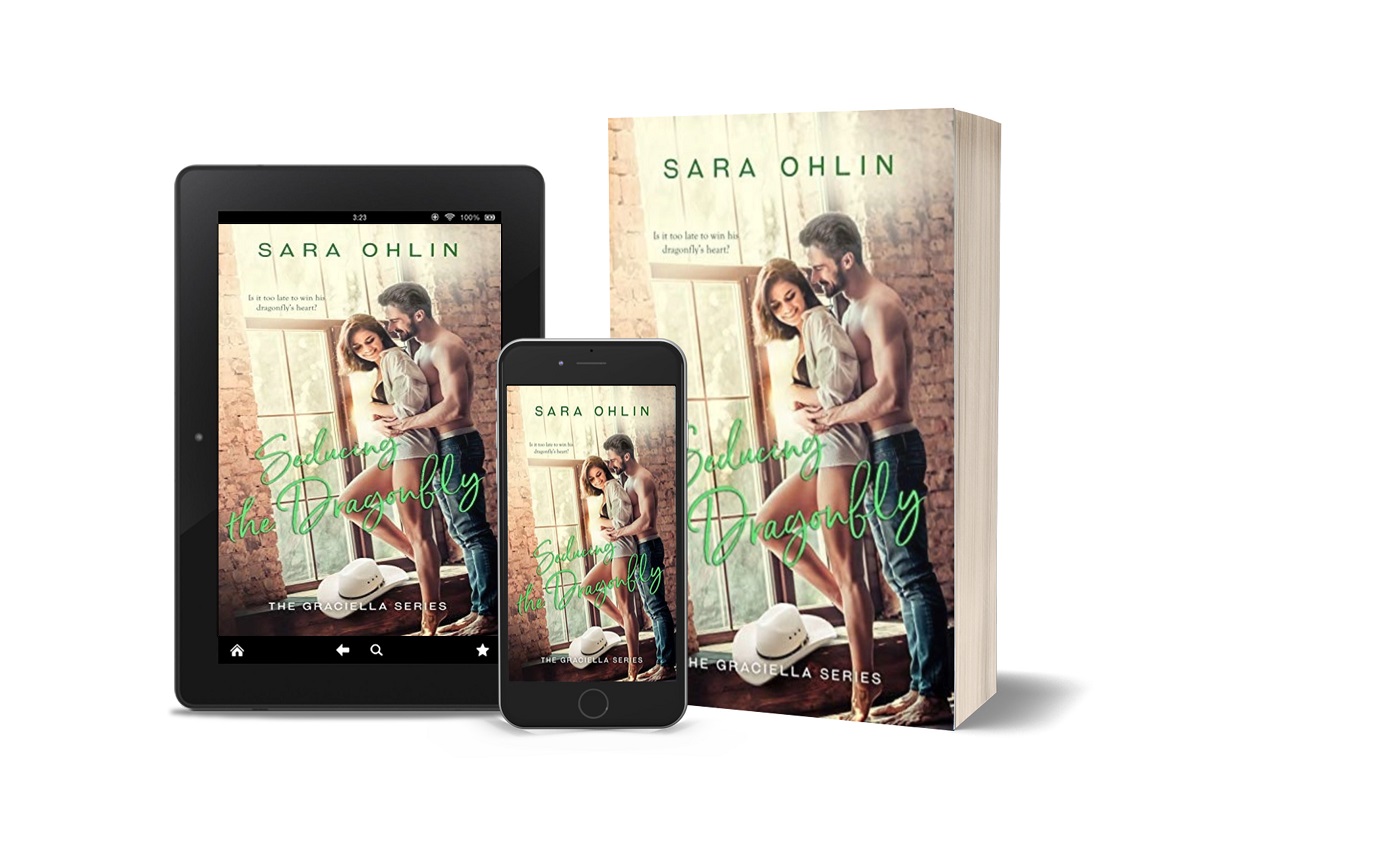 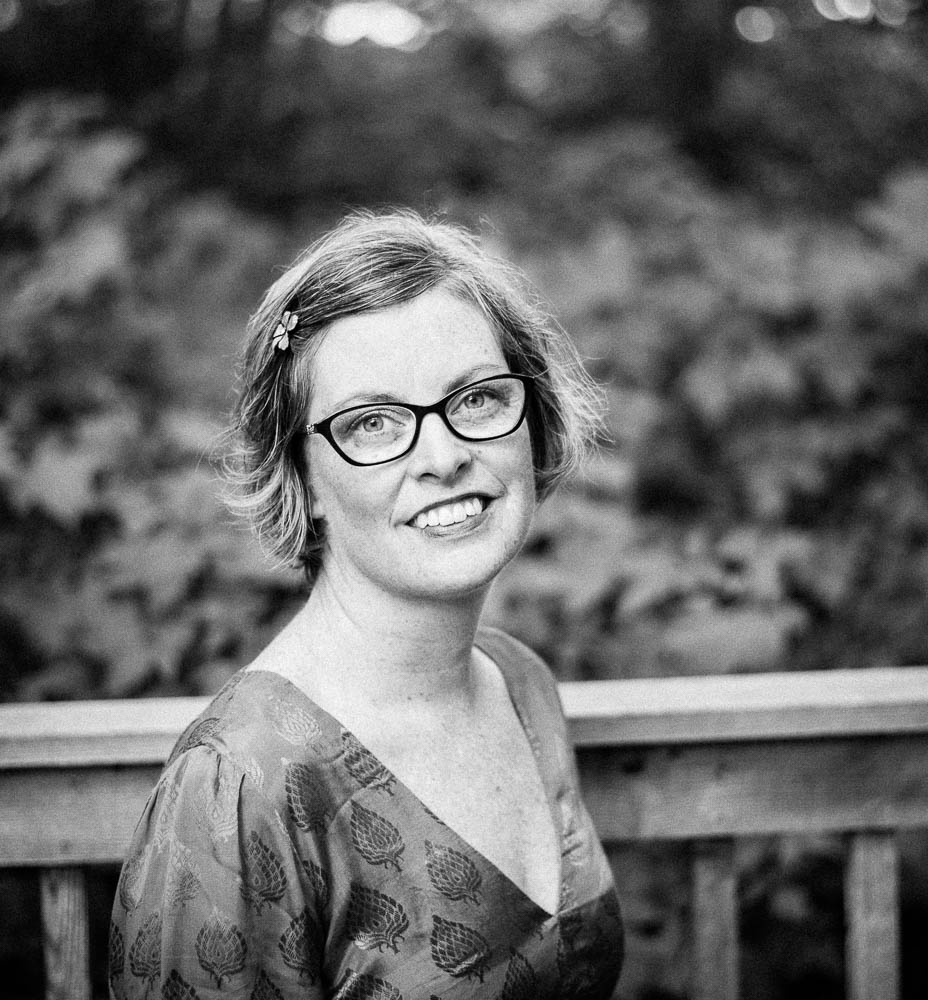 She has over fifteen years of creative non-fiction and memoir writing experience, and you can find her essays at Anderbo.com, Feminine Collective, Mothers Always Write, Her View from Home, Under the Gum Tree, and in anthologies such as Are We Feeling Better Yet? Women Speak about Healthcare in America, Take Care: Tales, Tips, & Love from Women Caregivers, and Chicken Soup for the Soul.

Although she’s the author of many essays about life, grief, motherhood and the connections we make through delicious food and shared meals, Sara loves creating imaginary worlds with tight-knit communities in her romance novels. She credits her mother, Mary, Nora Roberts and Rosamunde Pilcher for her love of romance.

If she’s not reading or writing, you will most likely find her in the kitchen creating scrumptious meals with her two kids and amazing husband, or perhaps cooking up her next love story.

She once met a person who both “didn’t read books” and wasn’t “that into food” and it nearly broke her heart.