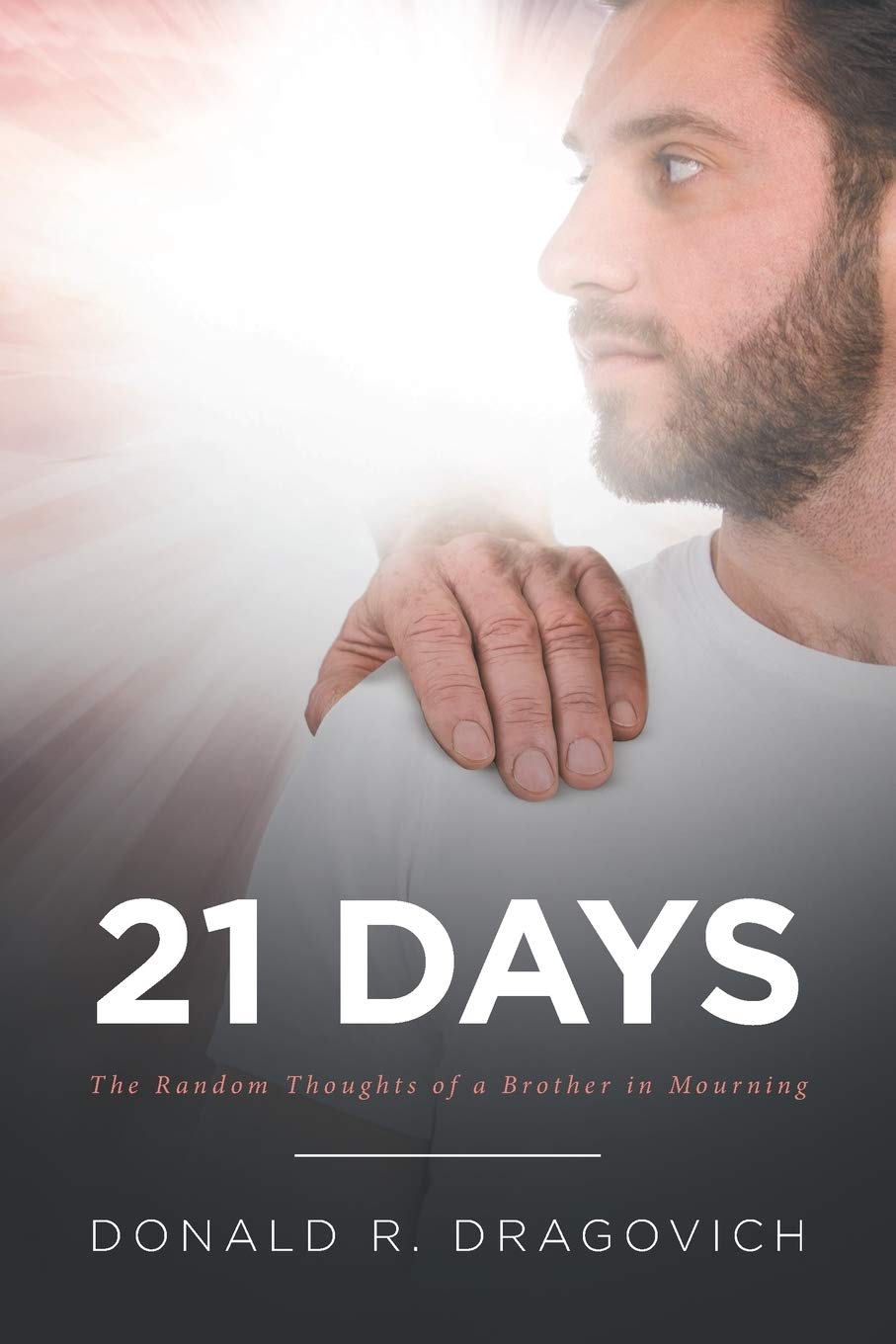 The Random Thoughts of a Brother in Mourning

How would you react if given only 21 days to live?

21 Days: The Random Thoughts of a Brother in Mourning is just that, random thoughts about death, faith, and God.

21 Days is the chronological countdown to David's death as described by his brother, Donald. His written thoughts document what was happening to his brother David as he quickly succumbed to esophageal cancer. Donald describes his emotional turmoil in dealing with his brother's untimely and unstoppable death. He asks a powerful, rhetorical question that makes everyone ponder their mortality. What would you do if doctors told you, you or a loved one only have twenty-one days to live? How would you react? Donald reacted by questioning his faith in God and God's power over cancer during this countdown. 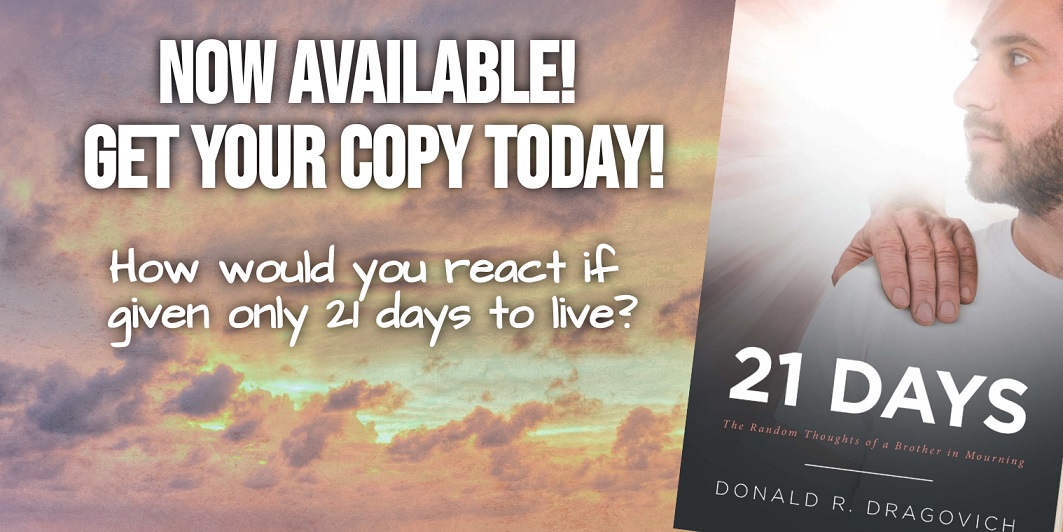 Donald R. Dragovich has always used writing as a way to express himself and his feelings. Writing was easy and seemed effortlessly for Mr. Dragovich.

For his education, he has an associate degree in advertising technology, and in his work experience, he is a NACE certified coatings inspector where he writes detailed and descriptive reports daily which has both helped hone and define his writing skills. Just like with his daily work reports, Mr. Dragovich’s writing captures the readers’ attention and brings them into his mind as if they are there experiencing what he experiences. Through his writing, Donald hopes to make the readers feel what he feels, think the way he thinks, and react the way he reacts. Donald has been married for thirty-three years, has three adult children (a deceased infant son), and three grandchildren. His family is his life. He writes about his personal family experiences during tragic and faith challenging events. The life tragedies that Donald has endured are ones that everyone can relate to and many may have experienced, as well. Mr. Dragovich uses his writing as a coping mechanism during these tragic times, and ultimately as an inspiration for others. “Forever in our Hearts” is a song that Mr. Dragovich wrote after the death of his infant son, Donald, Jr. Mr. Dragovich’s brother David, composed the music, performed the song and recorded it. The song was used at infant death counseling events as a theme song in Youngstown, Ohio. Donald’s writing is multifaceted as he has written short stories, poems, and a children’s book. Donald also has a blog, we-the-people-have-spoken.net, where he writes about current events. His ultimate goal is to share his experiences with others and to inspire, help, and educate people who read his writing.