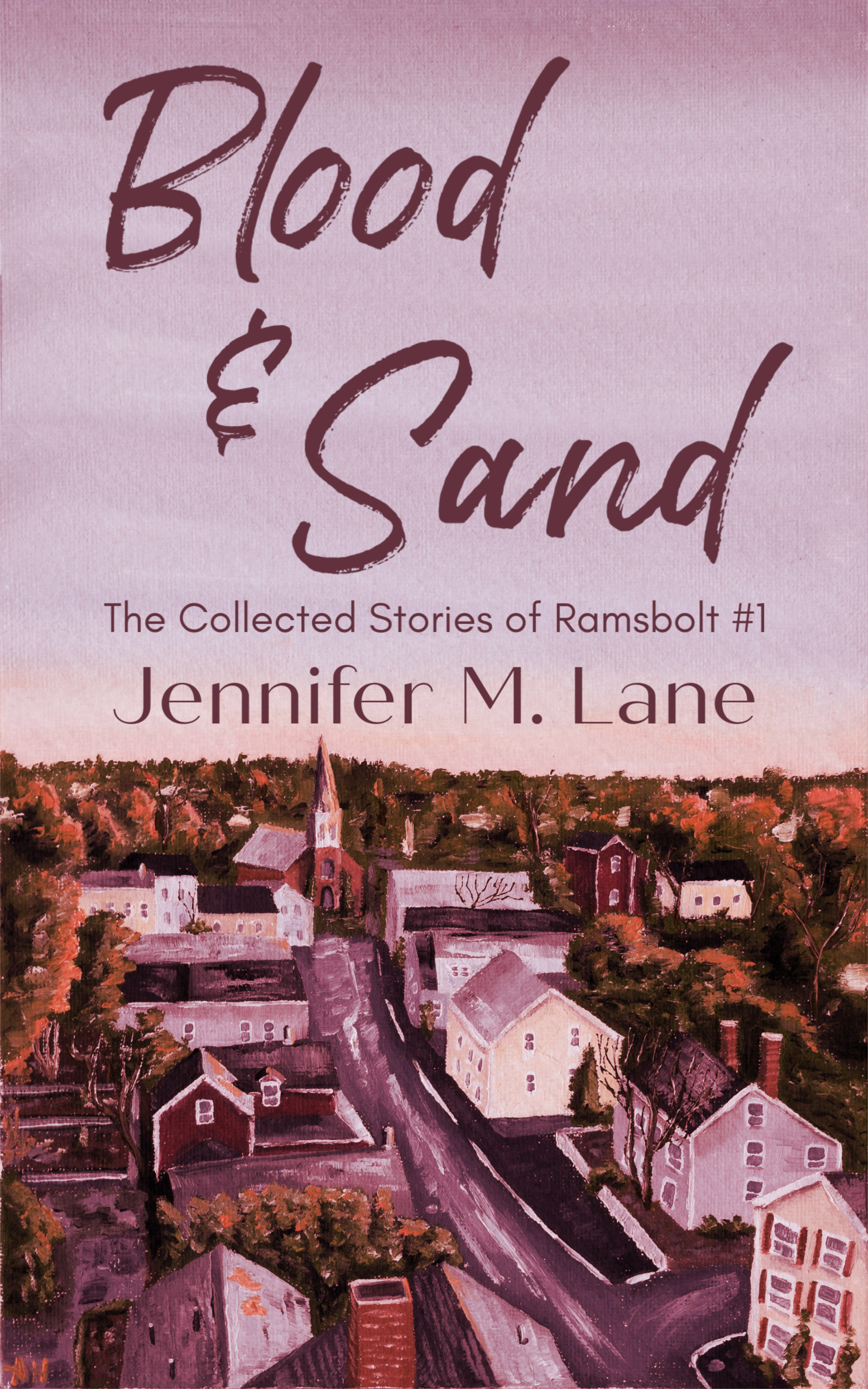 A tiny town. A broken tavern. And one woman searching for a place to belong.

Logan Cole is used to getting her way and what she wants more than anything is for her father to get out of jail and restore her old life in New York. All she has to do is wait for his scandals to fade and the online rancor against her family to subside. Low on cash and out of options, she takes a bus north looking for anonymity and stops in the smallest town she can find: Ramsbolt, Maine.

When she stumbles into Helen’s Tavern, she finds a place in need of a make-over and a grandmotherly woman who could use some help. Soon, she finds herself growing fond of the bar, Helen, and the town. She’s even found a friend in Grey, the local plumber. The tiny town puts her at a crossroads: keep hiding her identity to preserve her new reputation or let down her guard and reveal her true self to the people she’s grown to love. But the choice is ripped from her hands when tragedy strikes the bar and saving it requires every tool at her disposal.

Can Logan find a true home among the people of Ramsbolt Maine?

The Collected Stories of Ramsbolt is a series by Jennifer M. Lane, award-winning author Of Metal and Earth and Stick Figures from Ramsbolt. Fresh and heart-warming, the series tells the stories of a small town looking for belonging.

Logan Cole had never been on a bus in her life. As she stretched her legs and stumbled onto the sidewalk at the tip of Maine, she cursed the eight hour learning experience and swore never to do it again.

The last stop before the border was less like a terminal and more like a dead end. No benches, no depot, no ticketing window. And no taxis. Just a little yellow house with leaning porch surrounded by scruffy blueberry shrubs. At least it wasn’t sweltering out.

She yanked her black Rimowa suitcase, one of the few things the FBI let her keep, from the bottom of the bus. She gave the driver a wry smile and thanked him for the trip. It wasn’t his fault a woman coughed and crinkled candy wrappers the whole way, and that guy with his earbuds in behind her never learned to sing.

“Six hundred miles better be far enough.” She mumbled to herself as she dragged the suitcase down the sidewalk, fumbling for her phone in her purse. It was a habit she still hadn’t broken, opening apps to fill a void, but she’d deleted Twitter, Facebook, and the rest of them when the threats started pouring in. Eight months, four court cases, a thousand stories in the news, and she still hadn’t gotten used to being without social media. Being disconnected was better than scrolling through contempt, though.

“Battery’s almost dead. Map won’t load. Damn it.” She walked back the way she’d come, past quaint little houses and blueberry bushes, back to the bar she’d seen a mile or so before. It was across from a cheap motel with moldy siding and mildewed plastic chairs. The bar itself was windowless and brick. Definitely not the kind of place where someone would look for one of the wealthiest people in the country. Or someone who used to be.

She paused at an intersection and started a text to her mom, a quick note to say she was far from the gossip and rumors, safe from tabloid headlines squawking about a Cole Curse, and nowhere near the internet trolls who flooded her notifications with threats, saying they knew where to find her and what they would do to her when they did. All because of her father.

She waited among the cigarette butts and rusted beer caps while her text bounced its way to France.

Good luck. Lay low. I'll send money if I can. Try to blend in.

Logan sent back a smiley face and a greeting for her aunt and uncle.

Letting her phone fall back in her purse, she swallowed hard and tugged hem of her T-shirt down over her jeans. Her heart pounded so loud she wouldn’t be able to hear traffic if there’d been any. But the intersection was dead. The only other animate object in that town was the little orange hand blinking on the stop light, telling her not to walk.

The light changed and a little white man blinked, urging her to cross the street before it was too late. By the look of the town nothing was urgent. The only signs of life were two cars in the bar’s parking lot. They could be abandoned for all she knew.

A countdown timer marked off the seconds. Eleven. Ten.

Left to the motel. Straight to the bar. Neither option looked all that inviting.

For the first time since she left New York, rage, hot as the surface of the sun, boiled within her. She was supposed to be in an air conditioned office somewhere, running a foundation. Sipping a latte that came from cart. Logan kicked a beer cap into the street, and it skittered into a pothole.

The little man on the pedestrian signal had his whole life together. He had purpose and goals and a job. He had an identity, and everyone knew who he was. Logan had all of that until her father screwed up, and the government charged him with money laundering and took it all away. All she had left were some comfy pants shoved in a suitcase and a cell phone plan she couldn’t afford. She squeezed the handle of her suitcase so tight her knuckles turned white.

The Do Not Walk signal blinked, and she crossed the street defiant.

The sidewalk rippled. Uneven slabs of concrete were mere islands, broken by the freeze and thaw of ice, lost in a sea of weeds and road dirt. She faced the bar.

When she opened that door, she would find herself in a whole new world. There would be questions. What was her name? Where did she come from? Maybe they would recognize her right away from the newspapers, the tabloids, Twitter. She wasn’t prepared for any of it, and she never would be. She didn’t even know how to fill out a job application. What was she supposed to say? I’m a Yale graduate with a degree in Art History, the daughter of a felon, and I’ve come to scrub your bathroom?

The sun would set in a few hours, and that motel did not look hospitable. The keys to a job and a cheap apartment were somewhere in that bar.

Taking in a shaky breath of Maine air, she held it in until her lungs soaked it up, then let out a steady stream of all she had left.

“Get in there and prove your mother wrong. You are still a Cole and Coles do not give up. We don’t stand on the sidewalk and talk to ourselves, either.”

Her whole future lay ahead of her. She just had to get by until her dad set it right. Shoulders back, head up, she opened 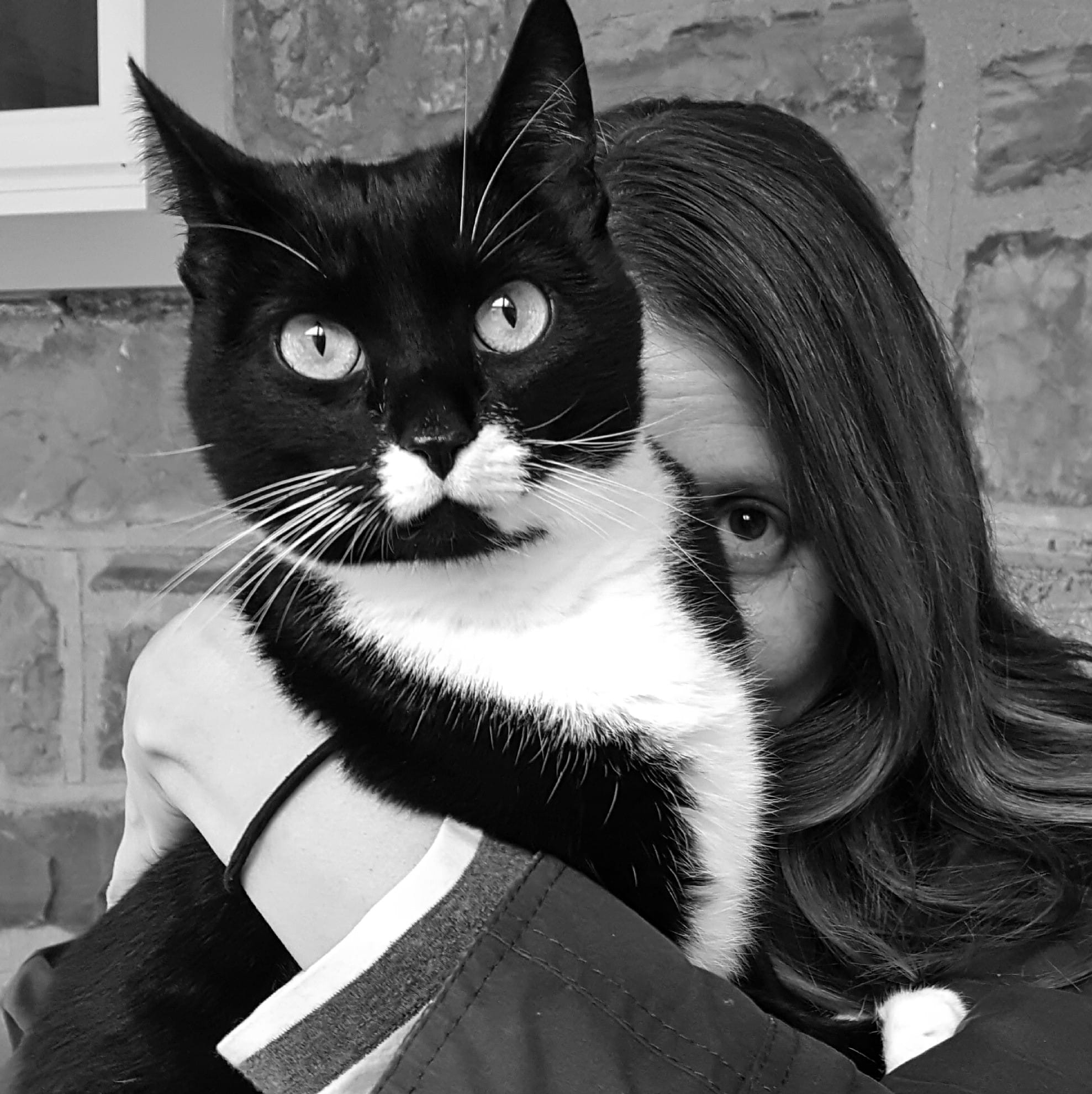 A Maryland native and Pennsylvanian at heart, Jennifer M. Lane holds a bachelor's degree in philosophy from Barton College and a master's in liberal arts with a focus on museum studies from the University of Delaware, where she wrote her thesis on the material culture of roadside memorials. She is the author of the award-winning novel Of Metal and Earth, of Stick Figures from Rockport, and the series of stand-alone novels from The Collected Stories of Ramsbolt, including Blood and Sand. Visit her website at https: //www.jennifermlanewrites.com/