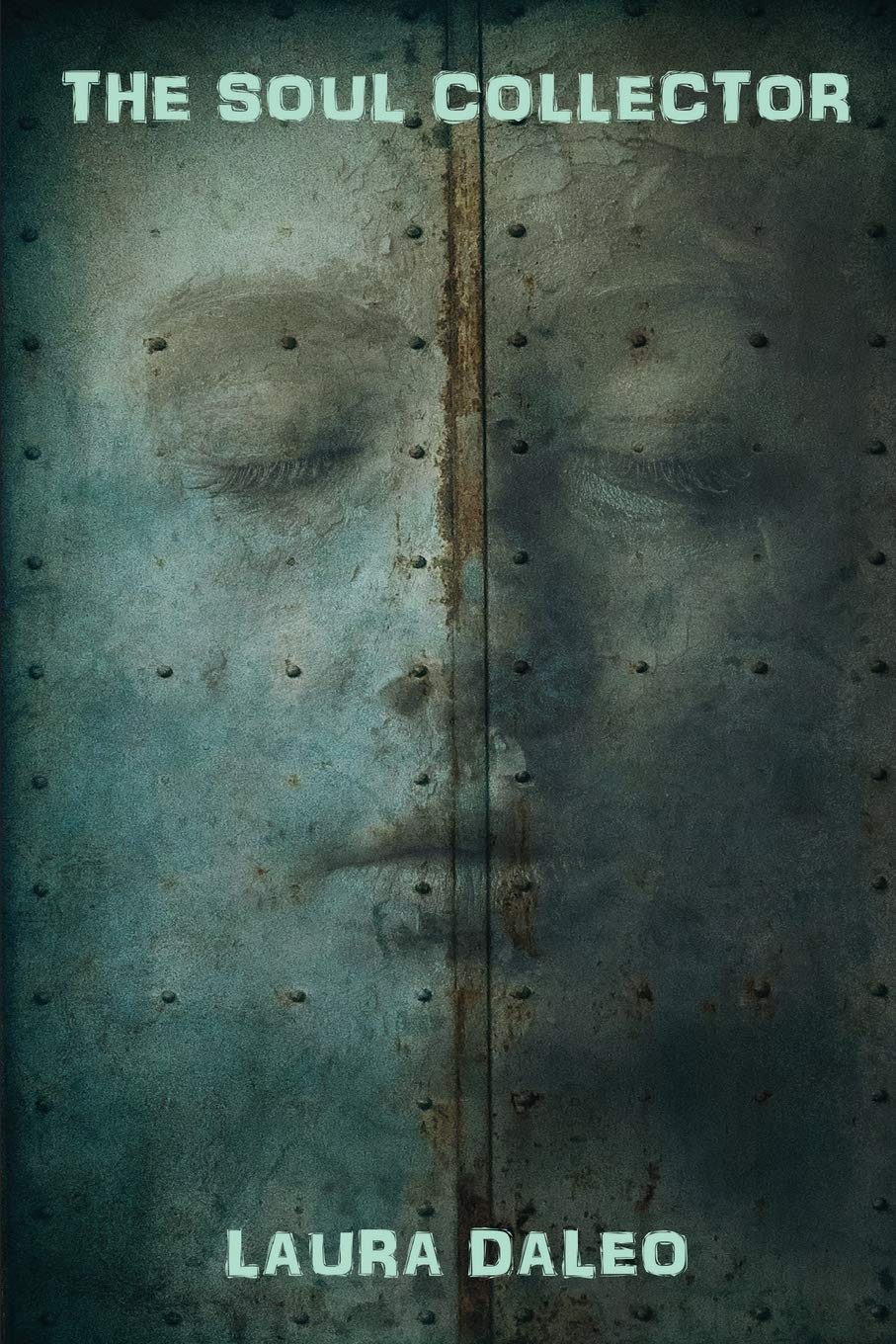 As I lay trapped inside this quiet realm,

My soul adrift, my body earthbound,

A magical book guards my flight,

Will it keep me safe till morning's light?

It begins with darkness. Are they dead, or trapped inside a horrible dream? No one can hear them, see them. Has the world forgotten them? Are they invisible? Not to the Soul Collector. They have stepped into her Kingdom, and she is waiting for them. 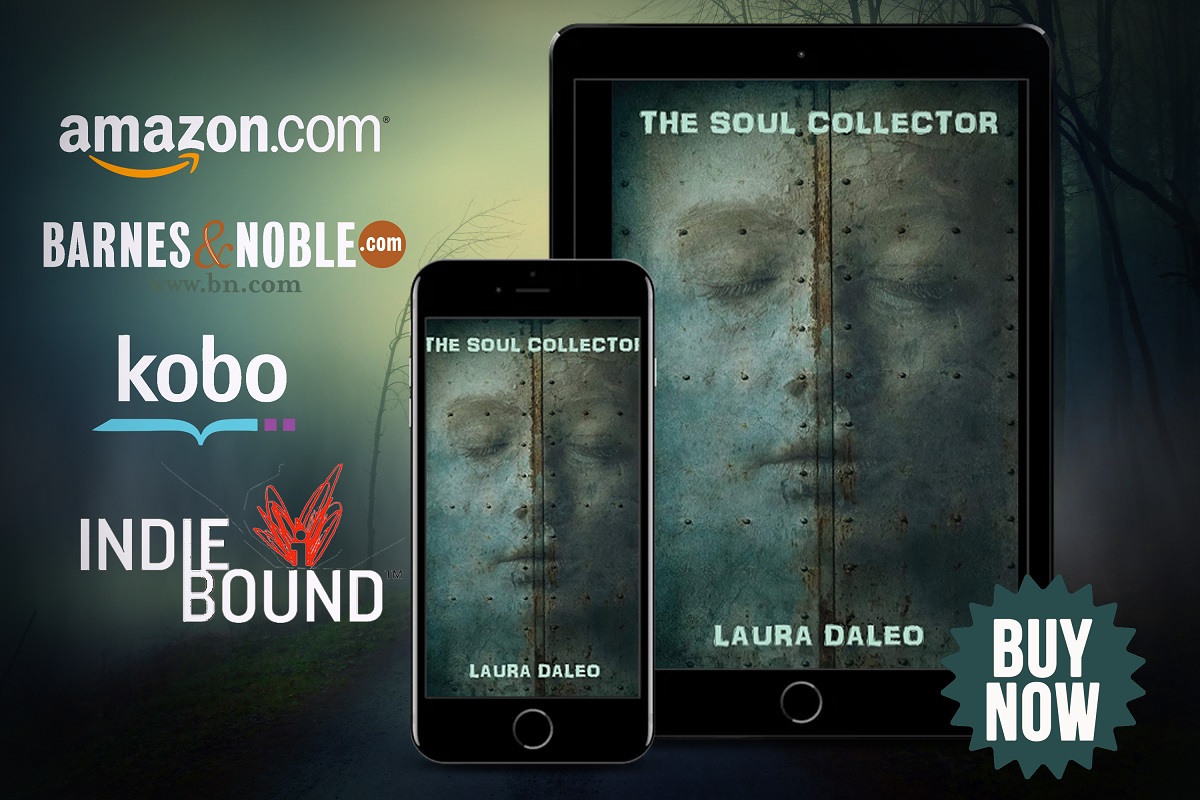 The biggest boxing match of the season landed on a Friday the 13th. But a little thing like superstition had no effect on the newcomer, Jonathan Bayfield, and heavyweight champion, Lou Turlock. The fight fans agreed, stomping their feet while chanting “Fight! Fight! Fight!” inside the packed, brightly lit arena. Sportscasters got up close and personal, claiming ringside seats for an in-your-face camera view.

Bayfield locked his gaze on his opponent, his right ear taking in Coach’s words.

“Go to the body. Don’t overreach. Straight punches. Got it?” Coach gripped Bayfield’s shoulder. “Hey, eyes on me. Don’t let him get inside your head.”

Bayfield looked at Coach, giving him a slow nod, then reverted his focus back to Turlock, transmitting a defiant “this fight is mine” glare.

The vein in Bayfield’s forehead pulsed, spreading a surge of heat through his body. A fist to the gut. That would show the arrogant prick he had something to worry about, rattled through his mind. The ringside bell shattered Bayfield’s thoughts, bouncing him to his feet. Turlock came out swinging, and Bayfield pivoted while throwing a right hook, catching the corner of Turlock’s jaw. Turlock countered, landing a jab to Bayfield’s chest. The blow forced the air from Bayfield’s lungs, his body folding in half. But he quickly sprang upright, shaking off the sting, and fired off several consecutive punches straight into Turlock’s gut.

Turlock wobbled back and the crowd roared, shouting, “Way to go, Bayfield!” Bayfield bounced back and forth on his feet, tapping his gloves to the crowd’s cheers.

Turlock’s own pulse battered against his eardrums. Where was the respect? He was a champion, and these morons had the nerve to cheer for a nobody, some kid who’d happened to land himself a good manager. Adrenaline tipped the scales on the fighter’s rationality. Cognitive thought ceased. The whites of his eyes blazed as he hurtled his body like a weapon, slamming his skull against the kid’s.

A crackling of bones ricocheted inside the ring, causing an eerie silence to fall over the area, before shouts from the crowd came from all sides. The ref barged in, spewing spit as he held Turlock back. Turlock’s gaze traveled over the ref’s shoulder, colliding with the kid’s vacant stare. He knew that look; like no one was home. He’d seen it in his grandpa’s eyes before he’d taken his last breath. An icy chill scurried down Turlock’s spine as the kid crumpled to the mat. Turlock stood still as medics, judges, and more refs flooded the ring, surrounding the kid’s lifeless body.

Coach pushed his way through the chaos to Bayfield. “Jonathan, can you hear me?” Coach’s voice shook. “Stay…” He blew out a breath. “Stay with me, buddy.”

Bayfield’s eyelids flew open, and with one push, he was on his feet. A weird and wonderful lightness affected his body, which made no sense, being as he weighed 200 pounds. Sounds rushed back, bouncing against his eardrums and forming words—Coach’s words.

“Hold on, Jonathan. The ambulance is on its way.”

Bayfield laughed. “What are you talking about? Coach, I’m standing right behind you. Turn around.”

Coach made no attempt, his focus centered on something in front of him.

No answer came, not from Coach, nor from any of the other people hovering around him.

Bayfield skimmed the faces of the crowd, searching for a clue or hint to enlighten him on what the hell was happening. Why was everyone ignoring him?

“Step aside, people,” security broadcasted with authority, herding the crowd back. “Let the paramedics through.”

“Paramedics? Who got hurt?” Bayfield’s gaze darted to Turlock, where men in dark blue suits surrounded him, escorting him toward the locker room. Bayfield let his gaze grow distant. He had no memory of the fight ending, and his boxing gloves were missing. No one acknowledged him. None of it made sense. He gave his head a good shake. “Gotta be an explanation for all this.” As his vision cleared, it centered on the paramedics rolling a lifeless body away on a stretcher—his body!

His brain skidded to a stop—no pause, no rewind, no press play. Just a complete stop. Was he being punk’d? Was this some kind of sick joke? His gaze followed the stretcher, catching the tail end of it slipping inside the ambulance. Coach followed, his hands running through his salt and pepper hair. The look of sheer terror etched across Coach’s pale face slammed against Bayfield’s brain. This was no joke. This was real, and that ambulance was about to take off with his body.

Bayfield launched across the ring, catapulting over the ropes and sailing inside the ambulance seconds before the doors closed and the siren sang out. He plopped down next to Coach, his gaze transfixed on his own body lying across from him. One massive, purplish bruise swallowed up his bloodied forehead. Bayfield couldn’t explain it—couldn’t understand it. “I’m sitting here, but also lying there. How is that possible?” In a momentary shift, his eyes found Coach’s, thirsty for an answer. None came. The silence sent a chill down Bayfield’s spine.

A paramedic with tattoos blazing down his arms informed, “Got a pulse,”—his intense blue eyes narrowed—“but it’s thready.”

The paramedic behind the wheel, sprouting a six o’clock shadow, lobbed a reply over his shoulder. “Letting dispatch know we’re five minutes out.”

Coach gripped his hands, squeezing the blood from his knuckles. “Getting a pulse, even a weak one, is a good thing, right?”

The tattooed paramedic waited a good minute before saying, “For now, yes.”

LAURA DALEO is the author of five books. She is best known for her storytelling of the vampiric persuasion. Her most recent work, The Vampire Within, is the third book in her Immortal Kiss series. The series is an interesting twist on the Egyptian pantheon being the original vampires. Her current project, The Doll, is her first sci fi tale, with a touch of mystery. She lives in sunny San Diego, California, with her three dogs, Stuart, Morgan, and Dexter.