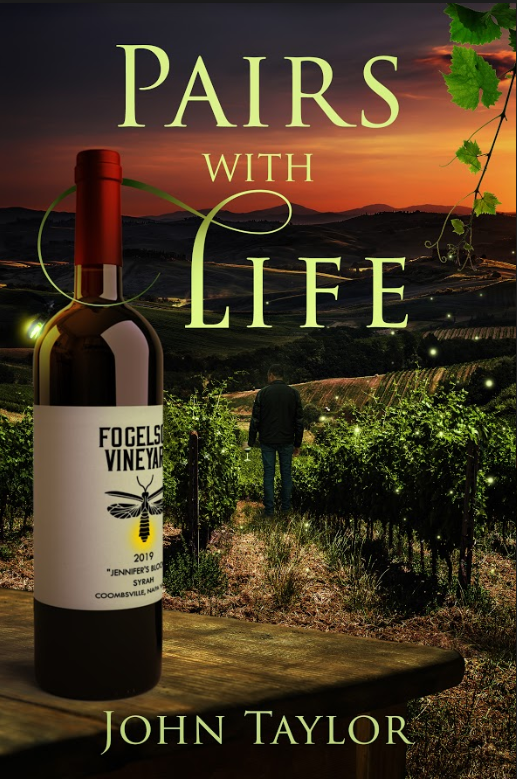 Forty-eight-year-old Corbett Thomas, a one-hit wonder of the 90s, now works as the lead sommelier at Napa Valley’s hippest restaurant. Set to become one of the few Master Sommeliers in the world, Corbett self-destructs during his final exam, ruining his last chance at capturing the stardom and adoration he got a taste for in his youth.

When billionaire game designer, Brogan Prescott, asks Corbett to consult on a major vineyard acquisition, Corbett sees it as a shot at redemption, until he learns of Brogan’s ridiculous vision of a virtual-reality, Woke Ant Colony Winery. Disgusted, Corbett decides to buy the vineyard himself and preserve its magic and history. Cashless, clueless, and with his reputation in tatters, Corbett enlists the help of his bass-player-turned-lawyer Seamus O’Flaherty, who may have finally lost his stomach for Corbett’s bad ideas; his uber-rational daughter Remy, who wants Corbett to uncork some family secrets he’d rather leave in the cellar; and Sydney Cameron, whose sudden appearance in Corbett’s life may repair his heart or shatter it forever.

With their help-and sometimes despite it-Corbett discovers what Brogan has known all along: a four-billion-dollar gold deposit lies beneath the vineyard. If Brogan acquires the property, the ensuing gold rush will destroy Napa Valley.

But if Corbett can get out of his own way long enough to purchase the vineyard first, he’ll be faced with the hardest decision of his life: take the fame and fortune he desperately craves, or save the soul of the valley he loves so much. 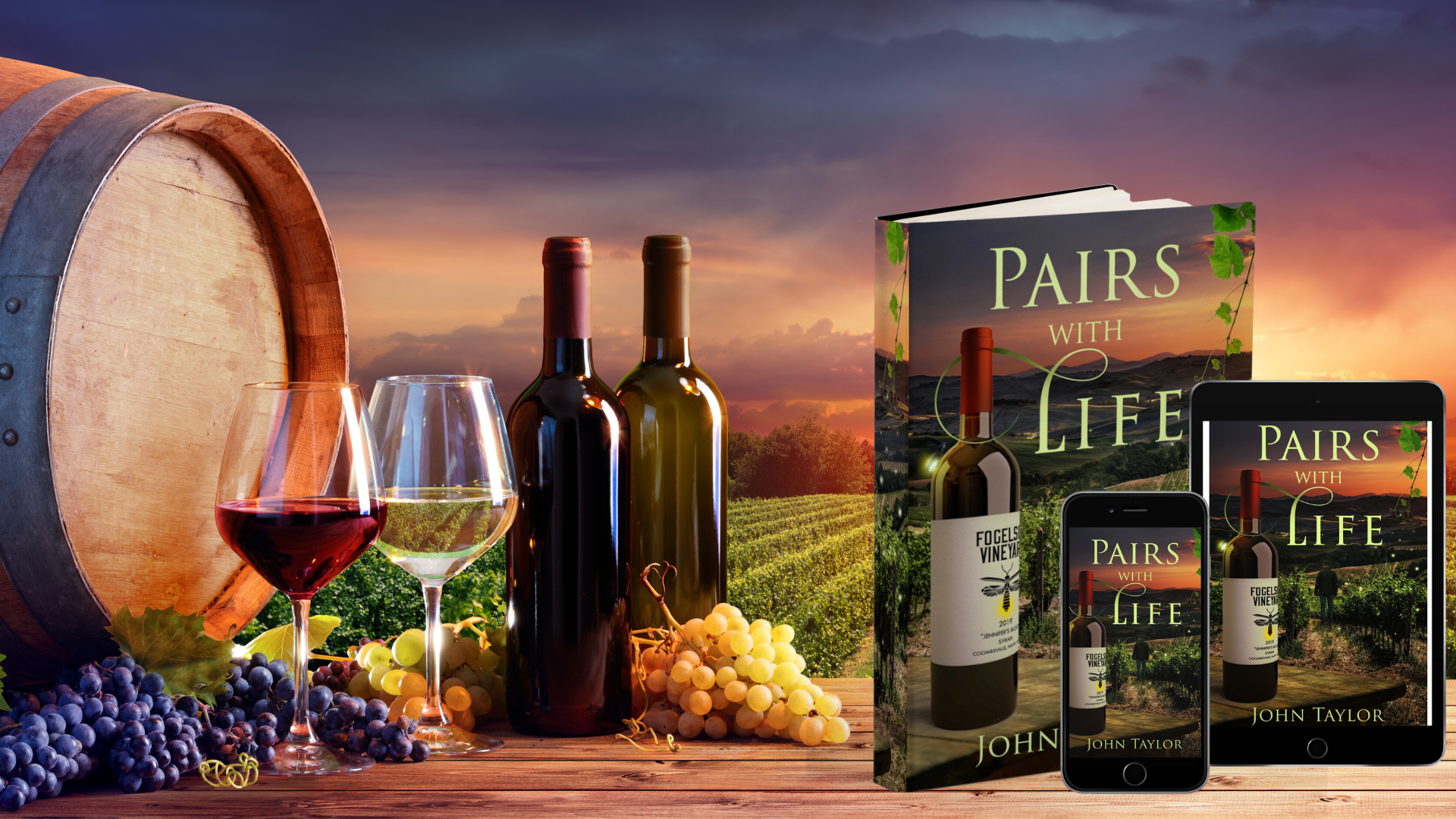 Let’s get one thing clear - I won that bet fair and square, even though I cheated.

I blame the whole thing on Rick Dornin, who was being particularly douchey that night. I used to be able to choose whichever party I wanted to serve without question. That is, until Dornin arrived at Appellation with his anal-retentive online calendar and industrial-grade Napoleon complex.

Yes, that Appellation. The most coveted dining experience in all of Napa Valley, and one of only nine restaurants in America awarded three Michelin stars. It took a DNA sample and a copy of your credit report to get a table, and then you’d better be ready to cash in your 401(k) when the bill came.

The evening started out normally enough. I arrived at the restaurant an hour before my shift to check reservations, talk to Chef Dan about the evening’s specials, and think of pairings for the prix fixe. Dornin was in his office—a modified broom closet next to the staff bathroom that looked like a hoarder’s den with one, tiny deer trail leading to his desk. In fact, he was always in his office, even when service was slammed, which drove me batshit crazy. I don’t care if you’re General Manager or General Patton—when it’s time to schlep a plate or buff a glass, you step up and do it.

Anyway, I poked my head through the doorway and said, “Hey, Rick,” trying to keep things light and cheery. “What do you know about this Harrison party at eight?”

“Whales,” he replied, not bothering to look up from his purchase orders. “Big whales, like Moby Dick whales.”

“Sweet!” Visions of stockbrokers trying to one-up each other with bottles of Screaming Eagle at five thousand bucks a pop danced in my head. Tips so big they come in a brown paper bag.

“Yes.” Dornin finally looked up at me and grinned like he learned how to do it from an infomercial. “They’ll be in the Veraison Room. With Andrew.”

“What?” I lunged into the tiny office, nearly tripping over a carton of water glasses. “You can’t give it to Andrew!”

“I can give it to whoever I want.” He went back to his purchase orders, feigning a nonchalance that made me want to smack him. “If I want to move Felipe off of bussing and let him pop some corks, I could do that, too.”

Time for a different tack—one that wouldn’t involve me going full-on Hannibal Lecter. “I’m just saying that a party like that comes to a restaurant like this to experience the highest level of service in the world. I’m the guy they’re coming for, not Andrew. I sit for my Master Somm next week, and—”

“You know what you are, Corbett? You’re an overpaid bartender.” Dornin had thin lips and an Adam’s apple the size of Detroit, and it bugged me. “You trained for twenty years to learn how to pull a cork from a bottle and tell people that red wine goes with steak. Whoop-tee-freaking-do. You’ll work the floor tonight, and you can have the Jansen party on the terrace at seven-thirty.”

My left eyebrow started twitching, which happens when I get stressed out. Apparently, no one can see it, but to me, it feels like a two-year-old is digging tiny fingers into my face and stretching it like saltwater taffy. I considered trying the No One Has Experience At Up-Selling Like I Do approach, but this was the third time in as many weeks I’d had such a run-in with Dornin.

It was time to talk to Chef Dan.

Most people remember Chef Daniel Foyer from his five seasons on Elite Chef, The Food Channel’s number one show from 1998 to 2002. With a chin so chiseled it could slice a burnt chuck steak and blue eyes that screamed, “Come taste this gazpacho in my bedroom,” he was the prototype celebrity chef. But Father Time had been most inhospitable to Chef Dan, and for the past couple of years the poor soul tried to counteract a rapid aging process by dunking his scalp and Sam Elliott-sized mustache in a fifty-gallon drum of jet-black hair dye. The net effect was so incongruous with the rest of his wrinkled face that I could barely look at him without drowning in the shore break of cognitive dissonance.

Don’t get me wrong, I loved the guy. He was a loyal and trusted friend, and straight-up the most amazing culinary artist of my generation. But if I’d had any money, I would have bought stock in Just For Men and eventually retire on my Chef Dan profits alone.

John Taylor has been writing about wine since 2012, but his meanderings on life began way before that. Born and raised in San Diego, California, John moved to Los Angeles in 1982 to pursue dreams of screenwriting and filmmaking. He attended the University of Southern California, where he majored in Shattered Dreams and False Hopes, with a minor in Getting Gut Punched By Reality. After being handed a degree in Journalism in 1987 as a consolation prize, John dove into a career in music. Because getting gut-punched just isn’t painful enough.

By 1996, John and his band, The Uninvited, had produced four independent albums and became one of the most popular acts in the western United States. This lead to a deal on Atlantic Records, which released the band’s self-titled debut album in 1997. The band had two Top 100 hits, and toured nationally with Dave Matthews, Blues Traveller, Third Eye Blind and many other acts. Their music appeared in the TV shows Beverly Hills 90210 and Party of Five, and in the motion pictures The Commandments and North Beach. The band can also be heard in several HBO Documentaries, video games and on that annoying “One Hit Wonders of The 90’s” station your co-worker always plays on Spotify.

In 2001, John’s vast experience in shattered dreams was once again called into play as the band hung up their touring shoes for good. After a brief but horrifying career in real estate, John got wise and made a career out of his favorite hobby – wine – and has held various sales & marketing positions in Napa Valley since 2011. John’s writing career started in earnest at this point, with blogs, essays and short stories appearing in various publications. John is the author of three novels, including the aptly-titled Pairs With: Life, which will be released by Hurn Publications in September 2020.