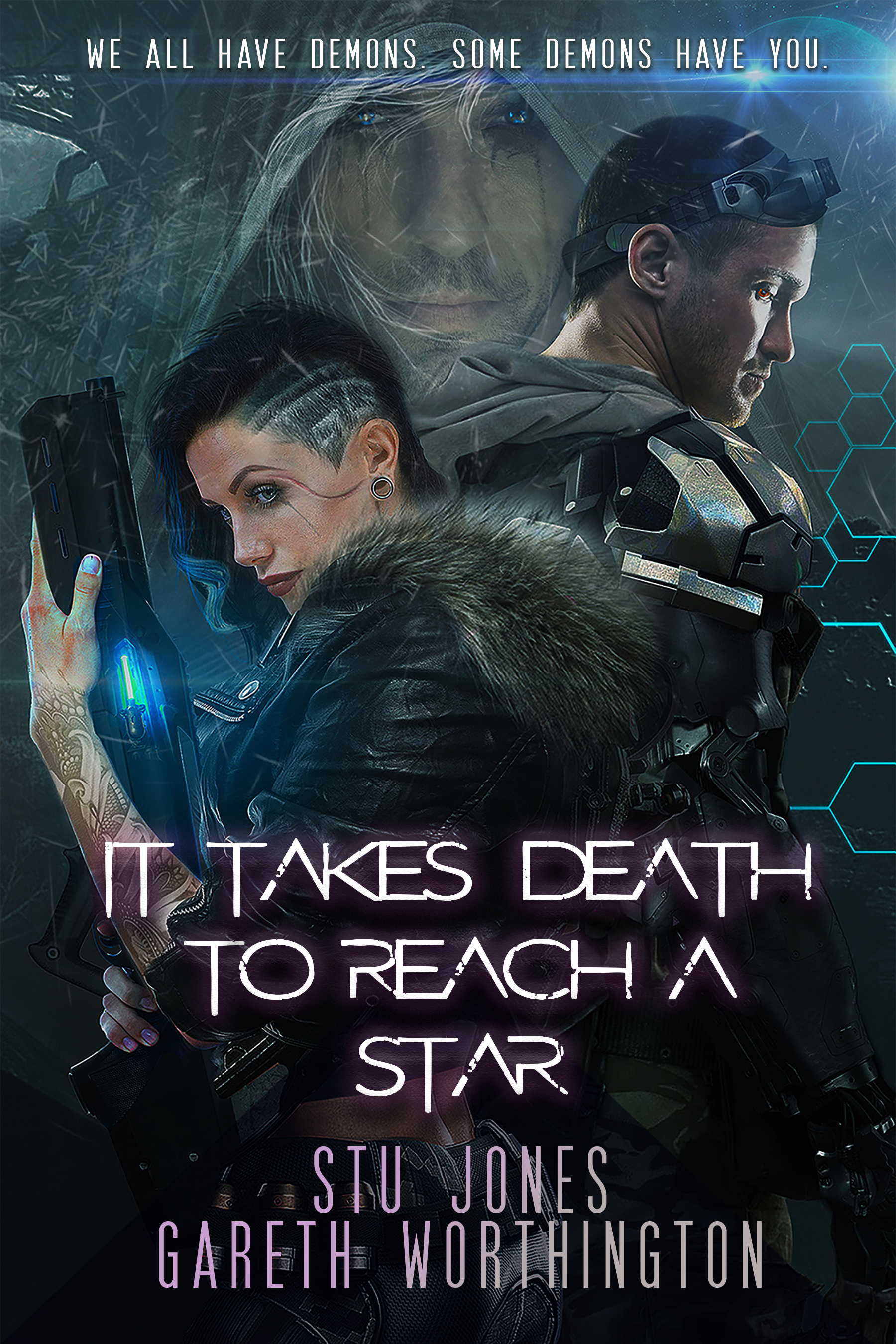 The world you know is dead. We did this to ourselves.

The epidemic struck at the end of the Third World War. Fighting over oil, power, and religion, governments ignored the rise of an antibacterial-resistant plague. In just five years, the Earth was annihilated. Only one city survived—Etyom—a frozen hellhole in northern Siberia, engulfed in endless conflict.

Two groups emerged from the ashes of the old world. Within the walled city of Lower Etyom dwell the Robusts—descendants of the poor who were immune to the New Black Death. Above them, in a metropolis of pristine platforms called lillipads, live the Graciles—the progeny of the superrich, bio-engineered to resist the plague.

Mila Solokoff is a Robust who trades information in a world where knowing too much can get you killed. Caught in a deal gone bad, she's forced to take a high-risk job for a clandestine organization hell-bent on revolution.

Demitri Stasevich is a Gracile with a dark secret—a sickness that, if discovered, will get him Ax'd. His only relief is an illegal narcotic produced by the Robusts, and his only means of obtaining it is a journey to the arctic hell far below New Etyom.

Thrust together in the midst of a sinister plot that threatens all life above and below the cloud line, Mila and Demitri must master their demons and make a choice—one that will either salvage what's left of the human race or doom it to extinction …

Next Book in the Series

Four years have passed since the lillipads fell and Etyom slipped into darkness. The New Black Death has mutated again, spreading to near epidemic proportions. What little order existed in Earth’s last city has disintegrated into chaos.

Rippers roam the Vapid, robbing and leaving their victims butchered. The Robusts have spilled out of their broken enclaves and hide in any dark corner that will conceal them. Meanwhile, the elite Graciles, fallen from their pristine towers in the sky, have all mysteriously disappeared.

Demitri is a prisoner in his own mind. His demon, Vedmak—now known as the Vardøger—is manipulating Demitri’s body to execute a secret plan far more disastrous than even the Gracile Leader dared.

Mila, her status among the fractured resistance elevated to that of Paladyn—a protector of the people—leads the fight against zealots intent on destroying what little remains of Etyom. It is a responsibility she never wanted, a calling that prevents her from doing what she truly desires.

Yet, Mila should be careful of what she longs. Caught between annihilation and loyalties that refuse to die, she must reconcile a single immutable truth: following your heart comes at a price. 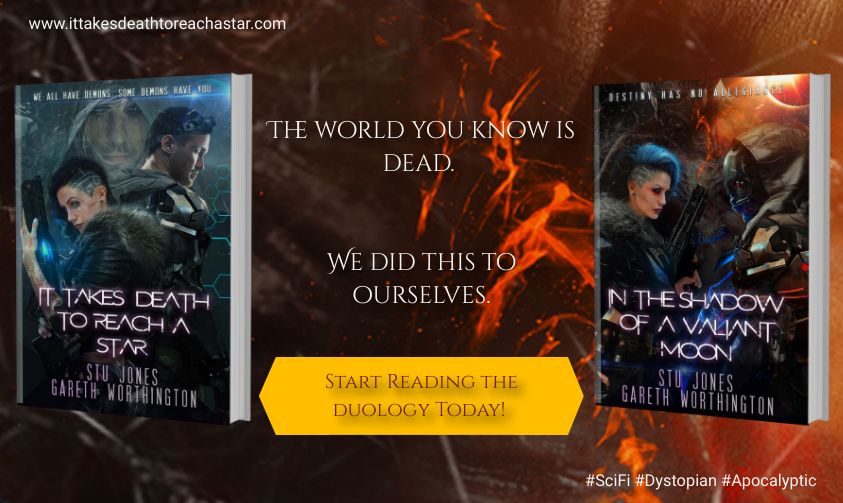 A veteran law enforcement officer, Stu Jones has worked as a beat cop, an investigator, an instructor of firearms and police defensive tactics and as a member and team leader of a multi-jurisdictional SWAT team.

Gareth Worthington BSc PhD EMBA is a trained marine biologist and holds a doctorate in comparative endocrinology. Gareth works in the pharmaceutical industry helping to educate the world's doctors on new cancer therapies.

IT TAKES DEATH TO REACH A STAR: TRAILER #1

IT TAKES DEATH TO REACH A STAR: TRAILER #2

IN THE SHADOW OF A VALIANT MOON: TRAILER #1

IN THE SHADOW OF A VALIANT MOON: TRAILER #2

September 21 - Momma Says to Read or Not to Read - Spotlight

September 22 - A Life Through Books - Interview

September 28 - On a Reading Bender - Review