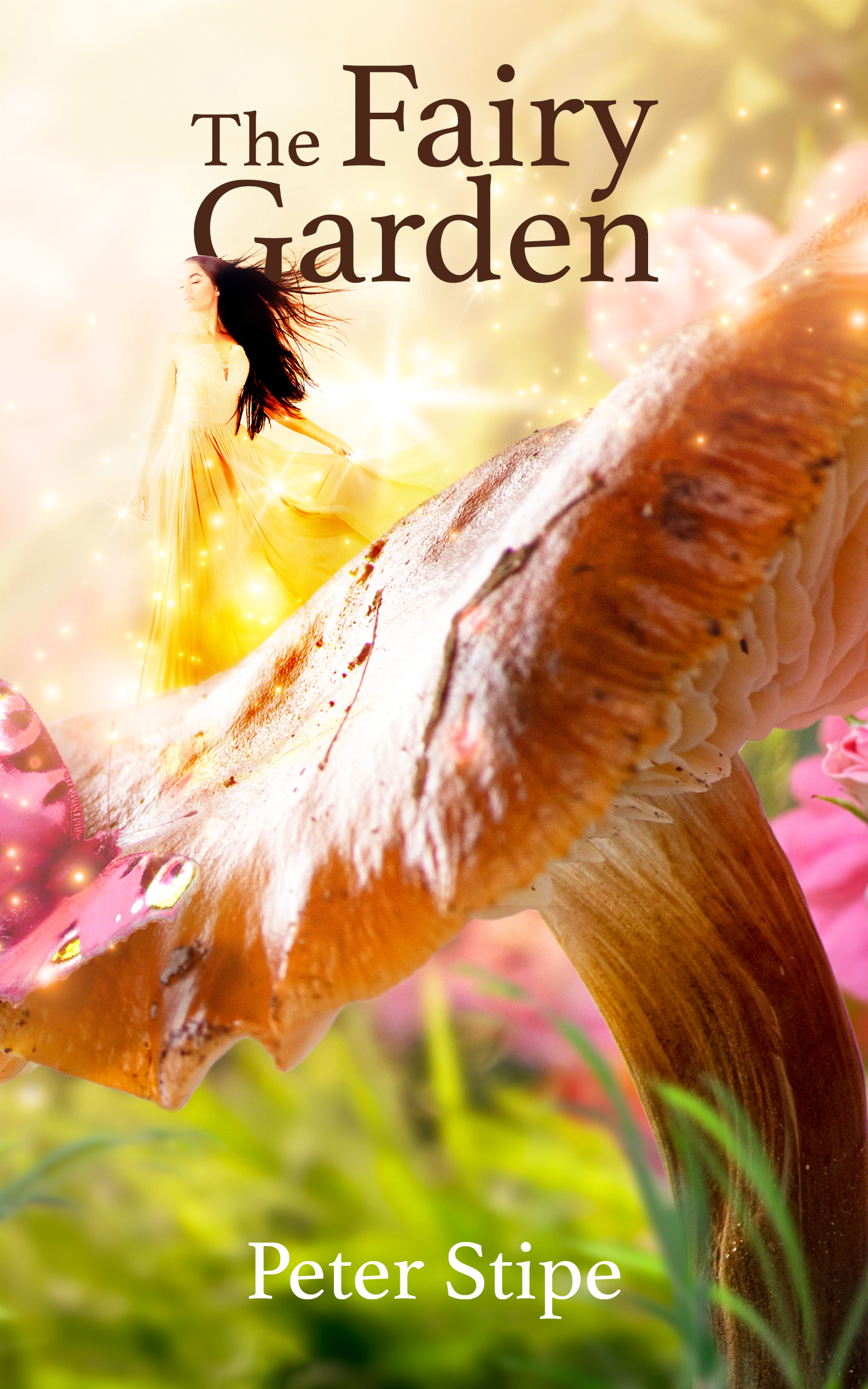 A whimsical story about facing our deepest fears and greatest loves, and what we all must do to grow into the life we were meant to experience.

Elizabeth’s secret began when she was five years old, a secret she held close her entire life. As far as she knew, she was the only person who could see the fairies living in her grandfather's garden. They play with her and show her their world, and as she grows older, they guide her through the important moments of her life. The fairies, and especially Olivia, were her closest friends.

But where were they when everything fell apart? Why didn’t they save her grandfather when he needed help, and why didn't they warn her about the things she had to endure? Surely the fairies, who seemed to have a prescience about the future, knew what Elizabeth would have to tolerate.

After the death of her grandfather, Elizabeth moves into his house to begin the process of healing. But when her daughter begins to see and play with the fairies, Elizabeth has a choice to make. Will she accept her daughter's new friends or will she find a way to banish them from her life forever? 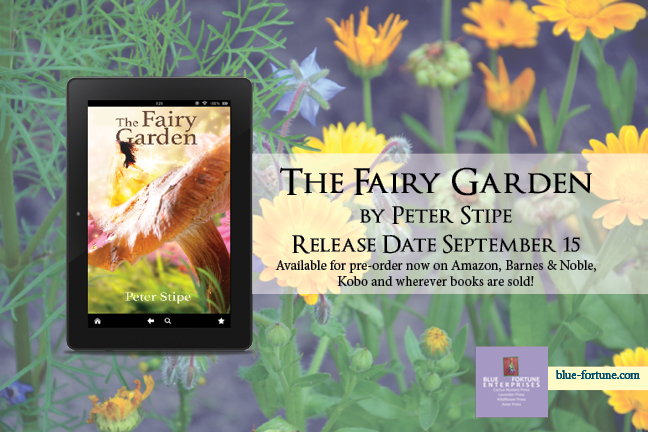 Rules? The fairies have their rules and there are rules for humans too. Elizabeth sat on the terrace remembering all that had gone wrong. There are laws and Lucas should have known better. He’s a lawyer after all, now on the staff of a representative in the Statehouse in Richmond. But he has so little respect for the laws, the rules. And our vows. It doesn’t matter anymore. It’s too late to complain about it now. He’s left me.

Elizabeth stopped her anxious, angry thoughts and watched as Livvy walked slowly back from the garden. Her daughter’s face was red, her body sticky with sweat. Pale blonde hair clung to her face in wet tendrils. She grinned. “Mommy, my new fairy friend Olivia says to tell you hello. She misses you. She says it’s okay and she understands. What does she understand?”

“She thinks I don’t believe in fairies anymore. That’s what she understands.”

“Do you believe in fairies?”

“No, Honey Bunny, not anymore. I did when I was a little girl like you. But I’m a grownup now.”

The child’s logic was undeniable. In spite of herself, Elizabeth smiled. “Of course I believe in fairies. I knew Olivia and the Queen and Thomas when I was little. They were my friends.”

The child begged, “Do you want to come down in the garden and play with me and Olivia, my fairy?”

Elizabeth felt tempted. The fairies might offer her comfort now, the way they always did when she was a child. She was hurting today after Papa’s funeral, and she needed someone to comfort her, to give her a hug, even just to sit and talk with her about how she felt. Whenever there were boyfriend troubles, in the beginning with Lucas or earlier with her other boyfriends, Olivia and the fairies were there for her, always her refuge. But Elizabeth shook her head. “No. I need to get supper ready. Do you want to help me?”

“Okay Mommy.” Livvy paused and looked back at the garden. She trudged reluctantly through the door from the terrace and into the kitchen with her mother.

It was late summer. The air cooled quickly after sunset and it was too chilly to eat outside in the evening. Elizabeth and Livvy prepared salads with sliced chicken. They ate together inside at the dining room table, looking through the paned picture window to the garden. The house was quiet. They were alone. They didn’t talk, each lost in her thoughts about the funeral that morning. But while they ate, they both stole looks at the garden outside, watching for fairies.

She couldn’t bring herself to sleep in Papa’s room, either. She couldn’t imagine sleeping in his bed, a bed he had left for the hospital only a few days ago. She planned to sleep in the room across the hall her parents always used when they visited. It was in the front of the house, away from the garden, looking down on the front lawn and into the street.

In her old room, Elizabeth tucked Livvy into the big bed and sat on the edge beside her.

“Mommy, I like having fairies for friends. It’s cool. They tell me they’ll always watch over me and make me safe.”

“Yes, I do, and I always will, Honey Bunny.” Elizabeth hugged her little girl, brushing a white wisp of hair off her forehead.

“Did Olivia and the fairies take care of you when you were little?”

“Did Daddy know about the fairies? Did the fairies take care of Daddy too?”

“Did they take care of Daddy?” Livvy persisted with a question that seemed so obvious to her, if not to her mother.

If the fairies took care of Lucas, why would he have abandoned her and Livvy? It was a path Elizabeth didn’t want to follow with her child.

“No, I don’t think so,” Elizabeth answered. “They left him alone and let him do whatever he wanted. Now go to sleep, Olivia. Sleep tight.” Elizabeth gave her a last hug and a kiss. She tucked Hamilton, Livvy’s stuffed bear, in with her and stood. As she was about to turn out the light at the door, she stopped for a moment and looked back. Livvy seemed so small in the big four-poster bed. She was smiling, the bedspread tucked up to her chin, snug in her little fists. Her body was a tiny hump under the covers. Hamilton peeked out beside her.

“Good night Mommy. I love you.”

“Good night. Sleep tight. I love you too.” Elizabeth closed the door and started down the stairs. Behind the door, she heard Livvy stirring. She’s sneaking out of bed, Elizabeth thought, going over to the window to look out at the garden to see if there are fairies. I hope they don’t come and fly her out to the garden tonight. And I know I can’t even keep her safe by locking the window. If they want her, they’ll fly right through the walls and take her. She needs to sleep. It’s been a hard day for her. 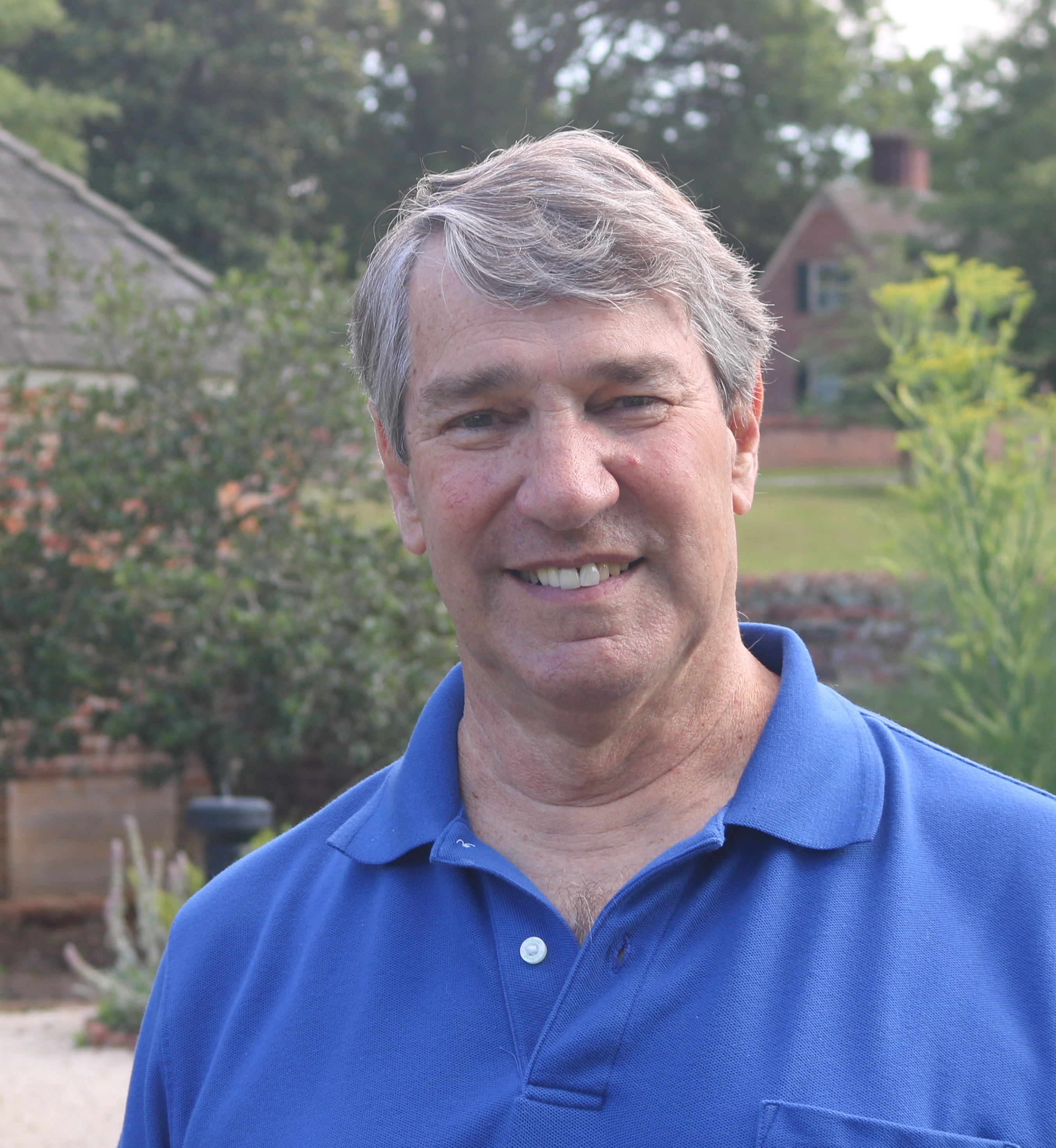 Peter Stipe enjoyed a long career that included time in education as well as work in Human Resource Development and Training for a variety of businesses. He has a Bachelor’s degree in History from Boston University and a Master’s in Education from Tufts. In addition to his writing, Peter is an accomplished artist, working with photography and in watercolor. He has photographs on display at the On The Hill Gallery in Yorktown, Virginia.

A competitive long-distance runner for many years, Peter has completed numerous marathons with six finishes in the top fifty places in the Boston Marathon and participation in the 1972 U.S. Olympic Trials. A New Englander for most of his life, he now lives and writes in Williamsburg, Virginia.