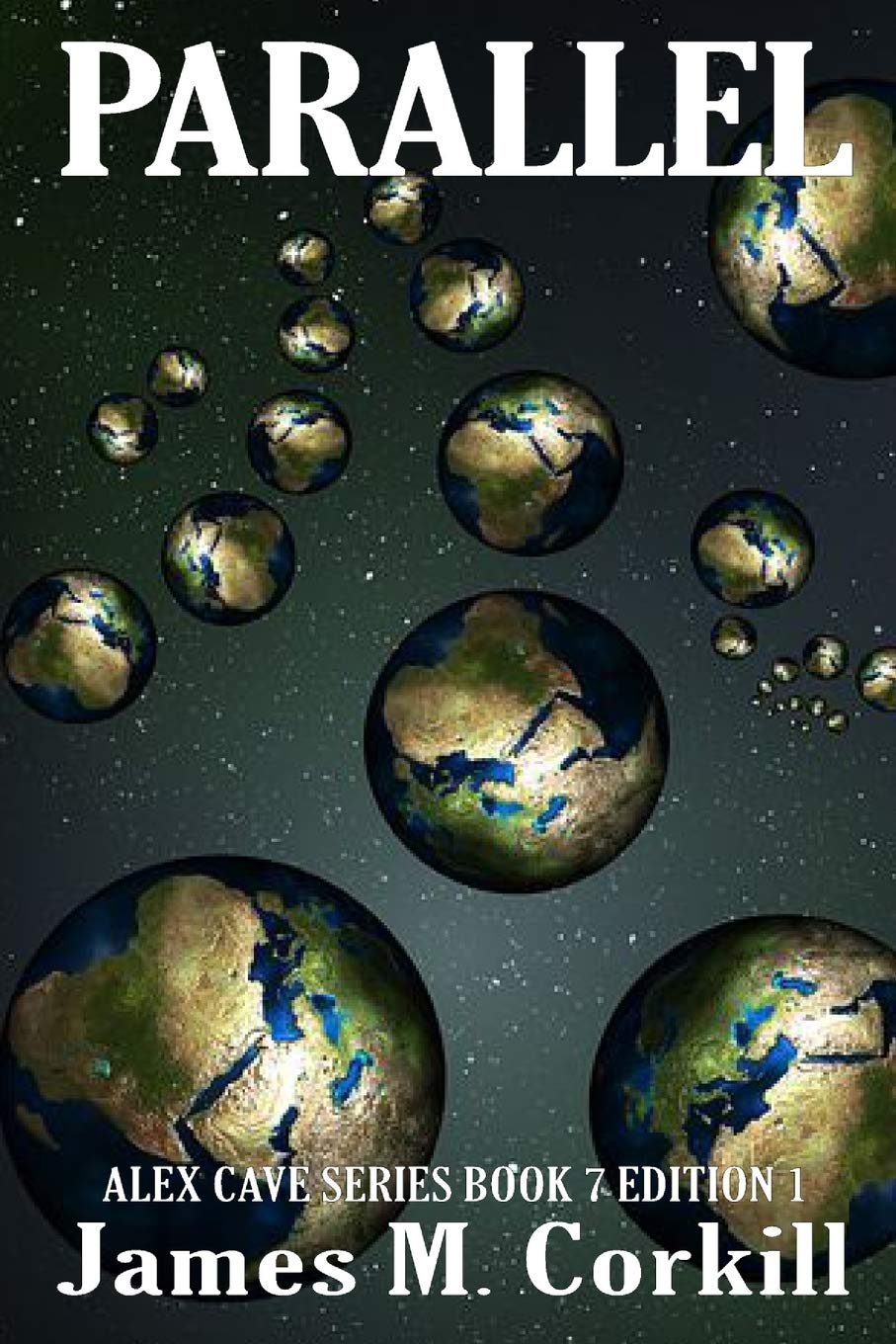 Some experiments should never be attempted!

Ex-CIA operative and geophysicist Alex Cave searches for the source of seismic activity in the Pacific Ocean and discovers an ancient alien laboratory. Getting inside is the easy part. Getting out of an alternate reality might be impossible. 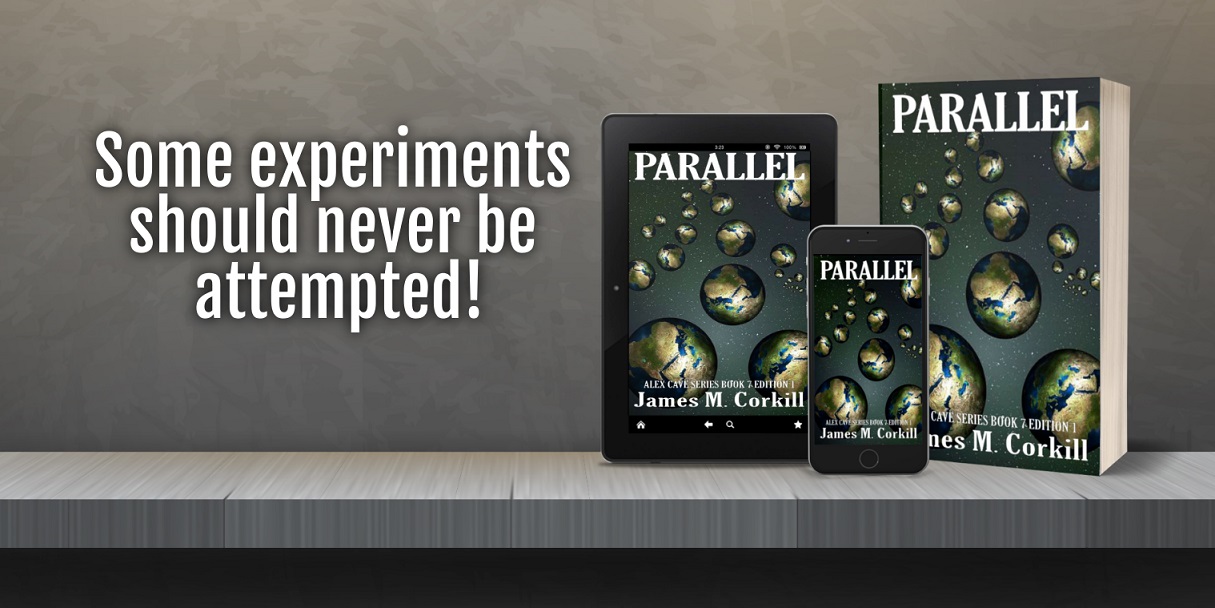 A knot forms in Alex Cave’s stomach as the special jet swings around on final approach to the top-secret facility. He was visiting his family in Washington State when his boss, Director Holly Blake, called and ordered him to return to the base immediately. Her tone of voice indicated she was upset, but she wouldn’t go into details over a non-secure connection. He immediately caught a flight to Las Vegas, where he boarded this private jet for a ride to the base.

He looks out the window as the plane levels out on final approach, and the gray concrete runway rushes up to meet the plane. He feels the wheels hitting the ground and the engines drop to idle as the jet loses momentum and stops in front of a small security building. Before he gets up, he watches an unmarked vehicle drive up and stop next to the plane.

He releases his seatbelt while the attendant opens the exit door and lowers the stairs, then he stands and goes forward to grab his backpack. When the attendant indicates for him to leave it on the plane, he realizes whatever this meeting is about, he won’t be returning to his base apartment. He slowly descends the steps and stops in front of two serious-looking men. “What’s going on?”

The man indicates the vehicle. “I’m agent Garcia, and we have orders to escort you to Director Blake’s office. Get in, please.”

Alex’s gut tightens into a knot of apprehension. “All right.”

He does as instructed and climbs into the back seat. As the car drives away, he leans forward to talk to the men. “What agency do you work for?”

Garcia turns to look at Alex. “We’re part of the secret service.”

Several questions race through Alex’s mind, but he knows these men don’t have the answers. The vehicle stops in front of a familiar building and everyone climbs out, then Alex leads the way into the structure and down the hallway to Holly’s office.

The door is open, so Alex steps into the room, noticing the two agents remain in the hallway. He sees Holly sitting in a chair behind her desk, and a tall, masculine looking woman standing beside her. The woman is dressed in a US Air Force Captain’s uniform and is as tall as he is.

His heart races when he sees Jadin standing to one side of the room. She’s part of his team and he hopes she’s not in trouble.

Jadin notices Alex’s brows bunch together below his wavy black hair. She stares into his dark blue eyes and gives him a sympathetic expression.

Alex turns and looks at Holly. “What’s going on, Director?”

Holly indicates the woman. “This is Captain Sharon Fargo. It seems our new President wants the military to take over operation of your spacecraft, and she’s in charge of the first training program.”

Alex knew this might happen one day. A few years ago, he discovered an ancient alien spacecraft in the crater of a dormant volcano in Alaska and managed to get it working. Now it’s here, in Hangar 5. On the advice from his Chief of Staff, the new president had tried to commandeer his spaceship a few months ago. He didn’t get it then, and he will not take it now.

Alex looks over at Fargo. “That ship belongs to me. The government can’t just take it.”

Fargo moves around the desk and locks stares with Alex. “It’s done. Live with it.”

Alex’s hands clench into fists at his sides as he turns to look down at Holly. “You can’t let them get away with this.” The look in Holly’s eyes tells him she has no choice, so he turns back to Fargo. “On whose authority?”

Fargo grabs a folder on the desk and holds it out to Alex. “This is from the Attorney General granting me the authority to claim the ship under the law of Eminent Domain. Meaning, if it’s for the good of the country, the government can take your spaceship.”

Alex doesn’t take the folder and stares into Fargo’s eyes. “Over my dead body!”

Fargo grins sadistically. “I hope it doesn’t come to that, Mister Cave.”

“What about my team?”

“Since Jadin officially works for NASA, she will teach us how to operate that spacecraft. I’m sure we can get by without you, so I revoke your security clearance and my people will escort you back to the plane. Your personal belongings in your apartment will be shipped to your designated location.”

Alex gives Holly an imploring stare and sees the regret in her eyes. He knows she tried to stop it, but it didn’t work.

Jadin sees the rage in Alex’s expression and his clenched fists. She wants him to shut up before he gets into more trouble, so she grabs Fargo’s arm to get her attention away from Alex. “I think I can work with you on this, Captain Fargo. How about I start the training on Monday morning? That gives me three days to shut down my research project at the Jet Propulsion Laboratory in Pasadena.”

Fargo tosses the folder onto the desk. “That’s fine.”

When Jadin sees Fargo indicate for her men to get Alex back to the jet, she reaches up to wrap her arms around his neck, pulling him close for a hug. “Call me later, okay?”

Alex puts his cheek against hers so he can whisper into her ear. “This isn’t over.”

Jadin notices Fargo staring at them and slowly raises her hands up to Alex’s face. She cups them over his ears to pull him close, covertly inserting a communication device into his right one. “I have an idea, so don’t do anything rash. I’ll explain later.”

When Jadin gives him a soft kiss on his lips and steps back, Alex reaches across the desk to shake Holly’s hand. “It’s been nice working with you.”

Holly doesn’t accept as she stares up at him. Instead, she stands and walks around the desk to give him a hug. When he bends down, she turns him so Fargo cannot see her face and whispers in his ear. “I’ll keep you updated on what happens here.”

“Don’t get in trouble over me.”

Fargo looks down at Jadin and sees the moisture building up in her green eyes. “Am I going to have any problems with you, Ms. Avery?”

Jadin wants to tell her where to shove her problems, but her self-restraint wins. “No, Captain. I’ll meet with your astronauts at Hangar 5 first thing Monday morning.”

Fargo indicates the doorway to Alex. “After you, Mister Cave.”

Alex reluctantly leaves with the two men for the flight back to Las Vegas. For the moment, he’s out of a job and decides to go back to his family in Washington.

Jadin steps into the hallway and stares after Alex and the two agents, finding it hard to believe he is leaving for good. She feels Fargo’s hand on her shoulder and moves back into the room, then folds her arms across her chest and stares at the Captain. “What about David? He can help.”

Jadin’s jaw drops open as her arms unfold to her sides. “What? That’s ridiculous. He’s the only person who knows how the engine works. He needs to be here.”

Holly looks up at Fargo. “She’s correct. If you have any problems, you’ll need his help.”

Fargo knows the ship works perfectly. “I’ll call him in as an advisor if necessary. I’ll expect daily reports on the program’s progress, Ms. Blake.” She spins around and heads out of the room toward the exit.

Jadin gives Holly a troubled expression. “I don’t think this will work. Even if I show Fargo’s people how to use the ship, Melvin won’t follow their commands.”

Jadin thinks about it for a moment. “I have no idea.”

Holly moves around the desk to sit in her chair. “I’m worried about David. Fargo was less than subtle when she fired him. He took it hard and I haven’t been able to contact him since he left the base.”

“All right. When will you leave for JPL?”

Jadin suddenly realizes she can ride with Alex to Las Vegas and smiles at Holly. “Right now. I don’t need to pack anything, so I’ll ride with Alex. I’d better hurry. I’ll see you Sunday afternoon.”

“Listen, Jadin. I know how you feel about Alex, but you need to let him go. At least for now. Fargo will be on that plane and we don’t want her thinking there is a conspiracy between you two. The plane will be back in an hour.”

Jadin’ realizes Holly is correct. “All right. What do you know about my feelings for Alex?”

“That he thinks you two can’t be lovers and work together.”

“Is it that obvious?”

Jadin heaves a deep sigh of resignation. “At least that won’t be a problem anymore. I’ll start packing Alex’s personal items in his room while I wait. I’ll see you when I get back.”

Holly leans back in her chair and stares after Jadin. “This should get interesting.” 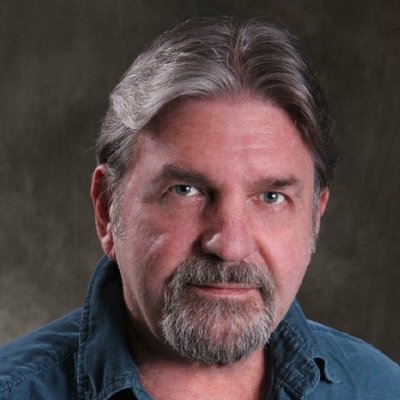 James M. Corkill is a Veteran, and retired Federal Firefighter from Washington State, USA. He was an electronic technician before eventually becoming a firefighter for 32 years and retiring. He began writing in 1997, and was fortunate to meet the famous horror writer Hugh B. Cave, who became his mentor. His science fiction mystery novels have won six awards, including one international award.

His favorite quote. “When you wake up in the morning, you never know where the day will take you.”

He now lives in the Smoky Mountains of western North Carolina.