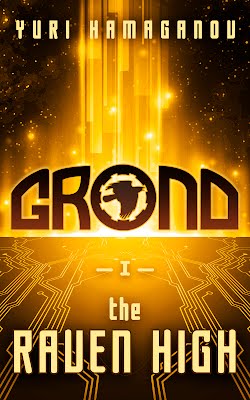 In the year 2086, Earth is exhausted. The seas have been emptied, the bedrock and soil stripped of their resources, and the superheated atmosphere churns with terrible storms. Those who can afford to do so live in the limbo of virtual reality, and the billions who suffer in poverty have no work, no clean water, and no security from the chaos.

The only hope for those trapped on a dying Earth are the Changed—the seven bioengineered post-humans who work in their separate manufacturing facilities orbiting high above the planet. Raised from birth for their work and fully matured at ten years old, their genius provides the nanomaterials that have begun to cleanse Earth of the pollutants that have wiped out almost the entire ecosphere.

But for Olga Voronov, youngest of the Changed, the isolation and endless toil are not the greatest of her challenges. Down on Earth there are those who resent and fear her talents—and would prefer that humanity not be given the second chance that only she could make possible …

Yuri Hamaganov lives in Moscow. He created the GROND series as a present for himself when he was twelve years old. This was the story he had always dreamed of exploring, and when he realized that nobody had written it for him, he set out to do it himself.