Tour Kick Off: The Gun by @Daithik3 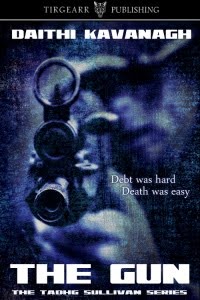 Garda Detective Tadhg Sullivan leads a special unit that investigates politically motivated crime. A man known only as The Deerstalker is a cancer who has infected
the Irish political system.
Sullivan teams up with journalist Helen Carty, and together they try tracking down the mysterious killer. Carty adds to Sullivan’s problems, when he finds himself falling in love with her. And further complicating things, he starts losing trust in his partner, Detective Pat Carter, who appears to be on the side of the Garda Commissioner, who Sullivan is rapidly falling out with.
Sullivan’s case is further thrown into confusion when a copycat killer, Tommy Walsh, is shot dead by the CIA. When the CIA discovers that they've killed the wrong person, the two agents involved--Simon, who has become disillusioned by his time stationed in the Middle East, and Joey, a psychopath who confuses zealotry with patriotism--are also in pursuit of The Deerstalker.
Sullivan finds himself in a race against time, if he is to arrest The Deerstalker before the CIA take him out, and use his death as a pawn in a political game of chess.
Who will win out in the end?

Yes I see writing as a career. Since I wrote my first book The Gun I am excited and privileged to have my books published by Tirgearr and am continuing to write about Detective Tadhg Sullivan.

The hardest part of my writing process is finding time as I am in college full time and  also play music at night. I also found it hard to find space in a busy household where I could think and write.

#3 – Did you have any One Person Who Helped You Out with Your Writing Outside of Your Family?
Yes, when I was studying for my Leaving Certificate in 2012 I began roughly writing my first novel The Gun. My English teacher Jim Maguire read what I had written and encouraged me to keep writing the story and that is what kept me going with my writing.

#4 – What is next for your writing?
I am currently working on Book 3 in The Tadhg Sullivan Series – The Crucifixion which I hope to have completed by the summer. I hope to continue writing about Detective Sullivan and his adventures.

#5 – Do you have an addiction to reading as well as writing? If so, what are you currently reading?
Yes, I read all the time, particularly at night in bed. I find it relaxes me. I am currently reading ‘Even Dogs in the Wild’ by Ian Rankin a Detective Rebus story.

DESCRIBE Your Book in 1 Tweet: A topical Irish Crime Thriller with political undertones. 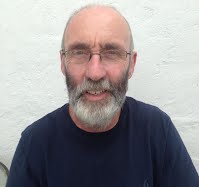 While he was studying he began writing ‘The Gun’ which is the first book in The Tadhg Sullivan Series.  His second book in the series called The Brotherhood was released in May 2015. He is currently working on the third book in the series.
He plays guitar and sings in many of the pubs in his hometown of Wexford where he is often joined by his two children Ella and Rory who play fiddle and flute.
In his spare time he likes to walk his two dogs with his wife Caroline.