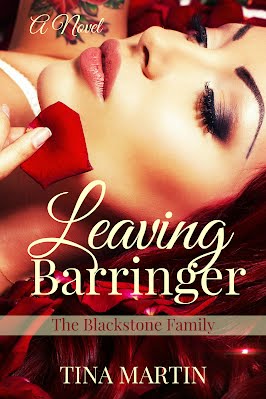 Calista Blackstone has no problem playing her position as the supportive, dutiful wife of Barringer Blackstone. All she wants is a family, but after five years, she's given up hope of actually becoming a mother - at least to Barringer's children.
Barringer (Barry) Blackstone is too busy making money to make babies. CEO of Blackstone Financial Services Group, he's actively working on taking his father's company to the next level and avoids the subject of children. He's no longer certain that he wants the added stress of trying to raise a family while growing the business. But the workaholic will learn the hard way that money should never precede family.

#1 – Do You See Writing as a Career? No. I see writing a something I enjoy doing that I just so happen to get paid for. It’s a good feeling to wake up in the morning and sit in my home office, thinking about what I’m going to write for the day.

#2 – What was the Hardest Part of Your Writing Process? The hardest part for me is getting the first draft finished. That’s only because I like to add details but I know I cannot spend much time on the first draft. So I try my best to save details for drafts two, three and sometimes, four.

#3 – Did you have any One Person Who Helped You Out with Your Writing Outside of Your Family? No. I pretty much took off writing on my own. There was no one to hold my hand through the process and tell me what to do and not do. As a writer, I don’t think one would need that. It could stifle creativity.

#4 – What is next for your writing? Next, I want to take a stab at writing romantic comedy. It’s something I’ve never done, so, this summer, I’m going to challenge myself.

#5 – Do you have an addiction to reading as well as writing? If so, what are you currently reading? Yes! I love reading. Sometimes, I read several books at a time. A few chapters from this one. A few from that one. At the moment, I’m not reading a thing because I’m working on a novella.

DESCRIBE Your Book in 1 Tweet:  Leaving Barringer, a relationship novel filled with real-life drama that will keep you turning pages. 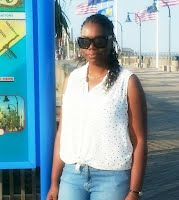 Tina Martin is the Amazon Top 100 Bestselling Author of over thirty women's fiction and romantic suspense novels and novellas. Her books include, The Accidental Series, The Alexander Series, The Dying To Love Her Series, The Champion Brothers Series, The Blackstone Family Series, The Mine By Default Mini-Series, Secrets On Lake Drive, Can't Just Be His Friend, All Falls Down, Just Like New to the Next Man, Might As Well Be Single, Falling Again, The Crush and Vacation Interrupted.

She released her newest novel, Leaving Barringer, on January 4, 2016 and a novella, Who Do You Love?, on December 12, 2015. She is currently working on Book 4 of The Champion Brothers Series titled, Wives and Champions.


When she’s not writing, Tina enjoys reading, traveling, blogging and spending time with her family. Visit her online at www.tinamartin.net where you will find a full listing of her novels, upcoming works and contact information.