Tour Kick Off: What the Sea Wants by @KCtwitter #giveaway 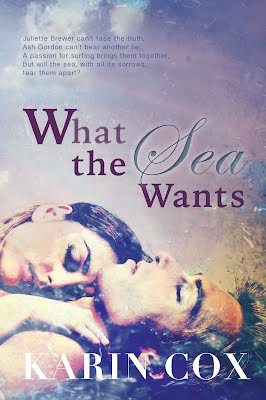 Juliette Brewer can’t face the truth.
Ash Gordon can’t bear another lie.
A passion for surfing brings them together,
but will the sea, with all its sorrows, tear them apart?

“There’s something about me you need to know—something I’m not sure I can tell you.”

Juliette Brewer has always been different. From the age of four, she’s endured frequent premonitions of tragedy, but the one thing she never saw coming was the thing that would send her under. When she catches the ocean-coloured eyes of surf-lifesaving heartthrob Ash Gordon, Juliette’s life changes for the better … until a tragic accident destroys their dreams. Everyone else has given up, moved on, and put Ash's loss behind them, but Juliette can’t—and perhaps she shouldn’t. Not all who are missing are lost, but if she refuses to accept reality, will the sea claim her sanity as well as her lover’s life? 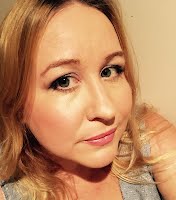 Karin Cox is the author of an Amazon #1 bestselling paranormal romance and dark fantasy series (DARK GUARDIANS), among other titles, and officially has too many words in her brain, usually all swimming around in wine. Often they come out in dribs and drabs, sometimes in poetic explosions, but mostly she has to coax them out one at a time and manually wrangle them into line.

She lives in sunny Queensland, Australia, where she occasionally hits the beach in an effort to avoid a vitamin D deficiency from shutting herself in a dark room to converse with fictional people. She comes with all the usual accessories: cat, dog, kid, full-grown man-child, several outfit changes, and shoes she can't seem to walk in (so swaps for thongs/flip-flops). She would also like a "dream house," a hot pink camper with a waterslide, and an unrealistically proportioned waist, but Barbie beat her to it.
She enjoys camping, bellydancing, folk music, poetry, writing, wine and Facebook.