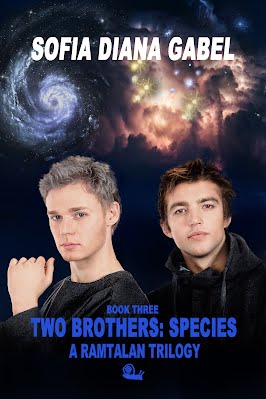 The third and final book in the Ramtalan Triology brings Argus and Tai Dachel to a critical juncture in their lives. Struggling to maintain some sort of normalcy, the boys soon discover that they’ll never be the same and those around them, including Argus’s girlfriend Lola, are in danger from the Invaders and the government agency AURA. With enhanced abilities, Argus has to come to grips with being different from his brother, and being an enemy to the Ramtalans he thought were his friends. When hyper-intelligent, powerful Argustine Lenox and his sister, Galena, threaten to cleanse the Earth of humans and New Breeds, Argus and Tai have a difficult decision to make. Which side do they join? The Invaders accept him, while the Settler Ramtalans consider him dangerous. As if that’s not enough, Argus is on the brink of adulthood and must choose what sort of man he wants to be; defiant, compassionate, strong or all three. Nothing will matter though if he can’t save the Earth.

Born in Sydney, Australia, I moved with my family to the United States when I was only four. Home wasn’t settled for a long time and included living in Toronto, Canada; Henrietta and Buffalo, New York; Northridge, Southern California; a short stint back in Sydney, Australia; Reno, Nevada; Dallas, Texas; Daytona Beach, Florida, with an eventual semi-settled life in Ojai and Ventura, Southern California as a single parent to my three daughters.
Perhaps the unsettled partial nomadic lifestyle is the reason I love to travel. Moving around and travelling to different countries are adventures which serve as potential settings and plots for stories. I’m a multi-genre fiction writer, with degrees in environmental science and archaeology, and coursework in creative writing and criminal justice. This has all helped in developing stories
When not glued to my desk writing or researching, I love spending time with my family and hairless Sphynx cats. Writing is a true passion, born from a love of the written word and how those words can transport the reader to different places or worlds and deliver them back to reality, safe and sound.