Tour Kick Off: Heart of Stone by @DakotaWillink 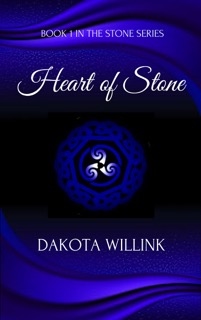 Krystina Cole was a girl on a mission.  She had big dreams and aspirations, none of which included a man by her side.  She knew better than that – at least until she met Alexander Stone, the New York billionaire real estate tycoon.  She saw the way that he looked at her, and the dark promises in his eyes.  She was curious about his world and all that it entailed. But the shadows of her past haunted her, making her afraid to explore possibilities that she could never before have imagined…
Alexander Stone was a man who knew how to get what he wanted.  He understood the value of finesse, and the importance of patience and diligence to achieve the desired result. He was successful and wealthy, relying on his naturally sharp instincts to guide him through life.  But a chance run in with Krystina Cole quickly turned his world upside down. Her quick wit and firecracker attitude was the complete opposite of what he wanted in a woman, and his instincts failed him at every turn…
However, both Krystina and Alexander are clinging to the secrets of their past, and neither of them are willing to compromise.  Krystina’s hardened heart makes emotional surrender a hard limit.  But for Alexander, revealing his past could have devastating results.

#1 – Do You See Writing as a Career?  Absolutely.  Writing is my only career at the moment. I hope to keep it that way!

#2 – What was the Hardest Part of Your Writing Process? Filler paragraphs and pages. They can be a bit cumbersome at times. Sometimes, I have so much to say that I get ahead of myself.  I just keep writing and writing what’s in my head, and then I have to go back and fill things in so that it makes sense to the reader.

#3 – Did you have any One Person Who Helped You Out with Your Writing Outside of Your Family?  Yes, I did.  I enlisted help from one of my husband’s colleagues.  She reads the romance genre, so I gave her my book 6-8 chapters at a time.  She would give me comments or concerns from a reader’s perspective. I also had another friend of mine help me through the editing process.

#4 – What is next for your writing?  Stepping Stone (book 2 in the Stone Series) and Set in Stone (book 3 in the series).

#5 – Do you have an addiction to reading as well as writing? If so, what are you currently reading?  I have a major addiction to reading, an addiction that I haven’t been able to satisfy as of late due to time constraints.  However, after reading a few reviews from my own book, I decided that I needed to make more time for reading.  I recently purchased “This Man” by Jodi Ellen Malpas – I haven’t finished it yet, but so far so good!

DESCRIBE Your Book in 1 Tweet:  Meet Krystina & Alexander, two people controlled by the secrets of their pasts, but cannot fight their overwhelming desire to be together.

#2 – Chocolate or Vanilla?  Chocolate all the way.

#5 – Danielle Steel or Nicholas Sparks?  I can’t say that I’ve read either author, but I loved the movie “The Notebook”. So I’m going to go with Nicholas Sparks

#6 – Fantasy or Reality?  Fantasy for sure – I don’t know anyone that doesn’t like an escape from reality now and then.

#10 – eBook or Paperback?  Paperback…there’s just something magical about holding a book. 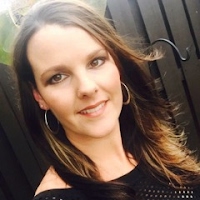 Dakota Willink is a self employed writer and editor, and the author of Heart of Stone, a contemporary romance novel.


She has always had a passion for reading and writing. From the time she was an adolescent, she enjoyed curling up with a good paperback, reading genres that ranged from thriller and fantasy, to mystery and romance.  She always dreamed of one day writing her own book, but had put her aspirations on hold to focus on her family and a career that would pay the bills.
Although she earned a degree in business and had built a solid reputation in retail sales, her heart continued to be with fictional characters – whether they belonged to a favorite author or if they were just stories that she made up in her own head.
In 2013, Dakota gathered enough courage to turn her dreams into a reality. In between playing chauffeur to two very busy children and working her job during the day, Dakota began to put words on paper.  Eventually, she began to describe her life as a book.  Everything she saw or heard throughout the day, intertwined with her imagination for the creation of future writings.  By 2014, with the support of her husband and two children, she gave up the security of a steady paycheck and began working on her first novel full time.
Dakota Willink is a lover of music, and appreciates the power and stimulating effect it can have on the brain.  She often uses lyrics and melodies to help her through bouts of writers block.  At the end of her novel, you can find an authors note that recognizes and thanks the artists that gave her inspiration.
Dakota resides in the Western New York area, where she enjoys spending time with family, her two Labrador Retrievers, and her spoiled rotten cat.  During the summer months, she can often be found on a boat, soaking up the sun on the Great Lakes with her family.
Heart of Stone is available in paperback and for Kindle eReaders.