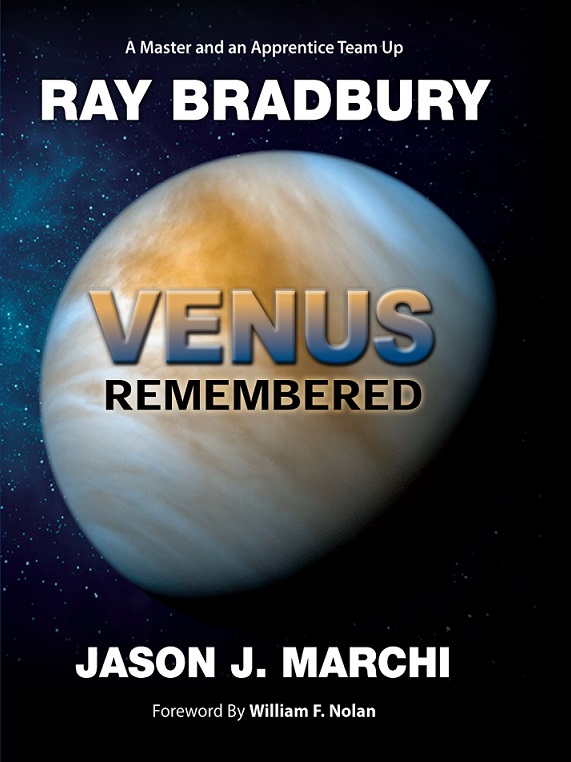 ​"There's life on Venus! See for yourself... in two haunting, spectral stories of cold rain, poisoned jungle, and sickened hearts, penned by Ray Bradbury and Jason Marchi. As refreshing as an out-of-nowhere shower on a sun dazzling day." – Joe Hill, New York Times Bestselling author of Heart-Shaped Box and Horns, among others.

NINE YEAR OLD Margot remembers the sun. "[A] yellow crayon or a coin large enough to buy the world with . . . a warmness, like a blushing in the face, in the body, in the arms and legs and trembling hands." In Ray Bradbury's revered short story, "All Summer in a Day," the last time Margot saw the sun was when she was four years old and still living on Earth. After her family moved to Venus a year later, she longed to see the sun again and to feel its warmth on her skin. On the one day every seven years when it stops raining on Venus and the sun breaks through the perpetual cloud cover to brighten the landscape for a brief two hours, Margot is locked away in a dark closet by her jealous classmates. Readers familiar with the graceful and poetic writing of Ray Bradbury – and those new to his literary magic – will find themselves empathetic toward a young girl who is kept from feeling and seeing the sunlight by her mean-spirited peers. Jump forward in time and meet Margot at 16. In the story "When the Rain Stops," Jason Marchi provides one plausible and satisfying answer to the question left in readers' minds at the end of Bradbury's classic tale of aloneness – whatever happened to Margot? 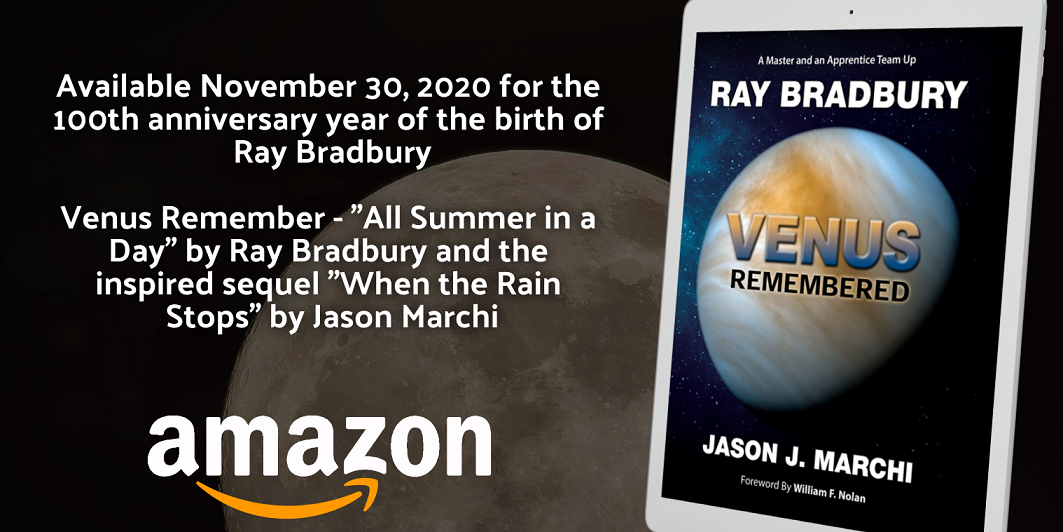 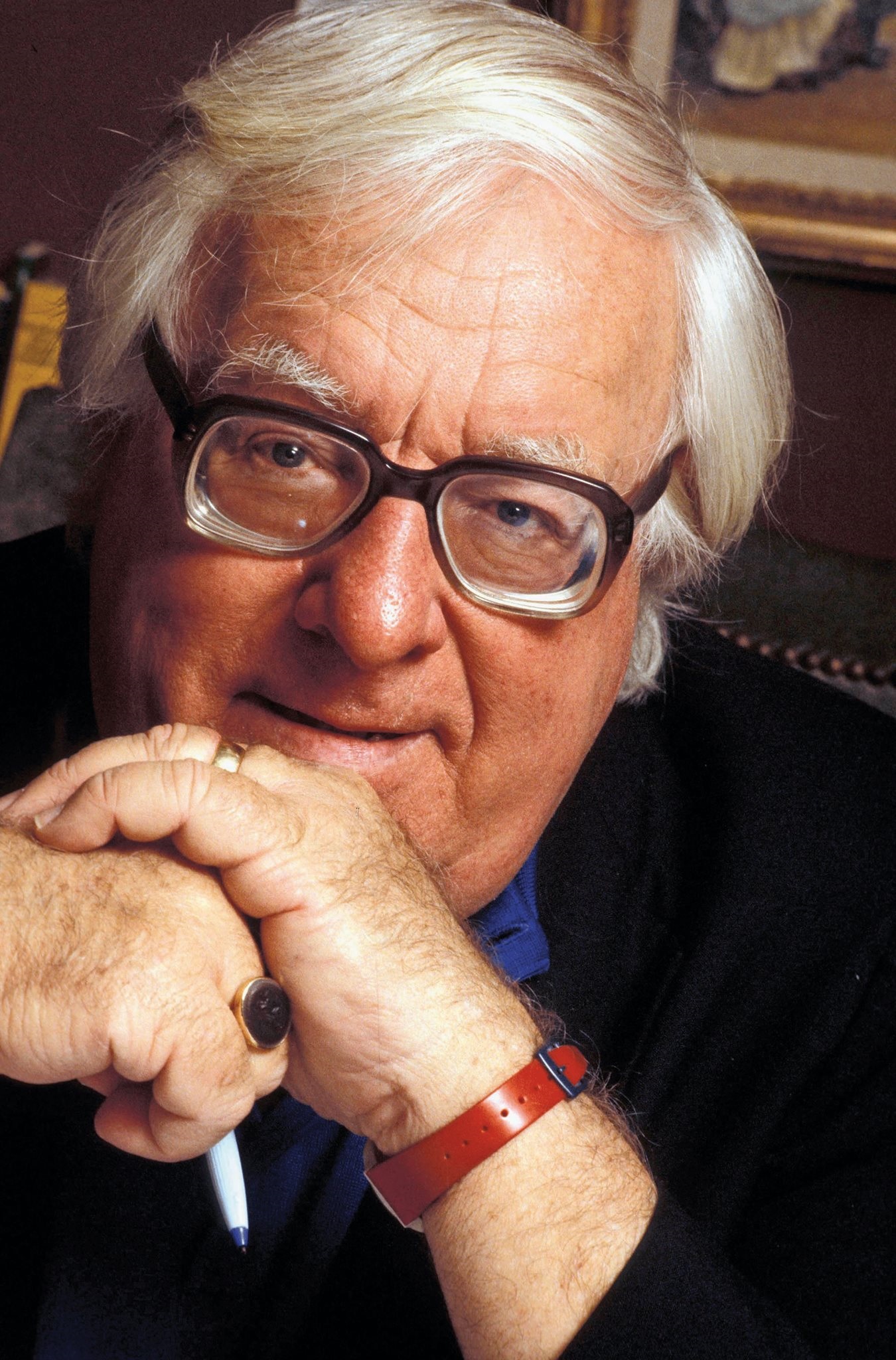 Ray Bradbury is one of the most celebrated writers in all of American literature. His best-known works include Fahrenheit 451, The Martian Chronicles, The Illustrated Man, Dandelion Wine, The Halloween Tree, and Something Wicked This Way Comes. During his 70-year creative career he also wrote for the theater and the cinema, including the screenplay for John Houston’s film adaptation of Herman Melville’s classic novel, Moby Dick. He adapted sixty-five of his own short stories for the television anthology series The Ray Bradbury Theater, and won an Emmy for his teleplay adaptation of The Halloween Tree. As he did with other creative luminaries of his time, Bradbury became friends with Walt Disney, and in 1964 was invited to designed the interior of the United States Pavilion at the New York World’s Fair. He later designed the interior of the Spaceship Earth Building at Disney’s Epcot Center in Florida, and served as a conceptual consultant to Jon Jerde Partnership, an architectural firm in Southern California. In 2000, Mr. Bradbury was honored by the National Book Foundation with a medal for Distinguished Contribution to American Letters. Born on August 22, 1920, Mr. Bradbury died on June 5, 2012 at the age of 91. Visit Mr. Bradbury’s website at www.raybradbury.com 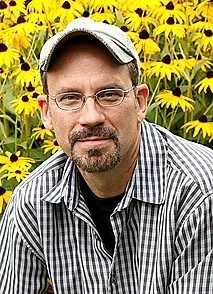 Jason J. Marchi made his creative writing debut in 1988 in the pages of Amazing Stories, Weird Tales Magazine, and Pandora, followed by additional fiction sales to Verbicide and Futures Mysterious Fiction Magazine, among others. His first book, a poetry collection, was published in 2010, followed by his first children’s book The Legend of Hobbomock: The Sleeping Giant in 2011, the latter which became a regional Barnes & Noble bestseller. His second picture storybook, The Growing Sweater, appeared in 2014 and won fourteen awards. Mr. Marchi also worked as an assistant developmental editor for a set of Grolier encyclopedias, and a division The McGraw-Hill Companies. In 1998 he founded and directed the New Century Writer Awards, which operated in close association with Francis Ford Coppola’s Zoetrope: All-Story magazine until 2003. His next books, three collections of fantasy, horror, and science fiction stories, are slated for publication over the next few years, beginning in 2021. Jason lives and writes in his boyhood home in Guilford, Connecticut. Visit www.jasonjmarchi.com