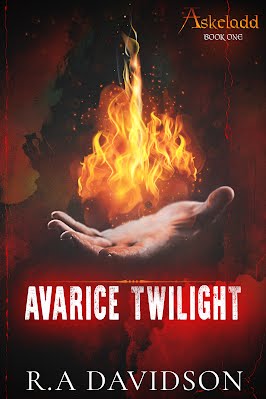 Avalon Academy; the most prestigious school for the learnings of magic and mana that welcomes all with talent. The mages Avalon Academy produces are so great that many important houses from other lands request that their children attend. It is this very institute that has garnered the attention of Aryn. At Avalon Academy, the brothers encounter hidden agendas that will create a storm, which will pull in the brothers and an unexpecting few.

Due to others' desires, the brothers are forced to serve as the kingdom's dogs to regain their freedom. Made to embark on the brothers' journey are two women, each thrust into an unfamiliar world. Asteria, the lovely daughter of one of Avalon’s most influential houses, her healing touch and latent talent, may prove to blossom. Isla, the princess of a kingdom in distant lands; her notions of how the world makes her perspective deluded, her immense mana may make her a more significant threat than the mission itself. Leading them is a weathered veteran who only wants a peaceful life by the name of Utrix.

What awaits this group, doomed to be Avalon’s shield and sword? They set out with a destination… but will they reach it? Though plans can be made and orders are given, nothing can control the happenstances of the world. The five members will have to come to terms with that unavoidable fact. With nothing set in stone, what will the group encounter on their journey? The cruelty of the unknown will clash with the adamant resolve for the group to be free. Will they brave through the hardships, or build their pyre?