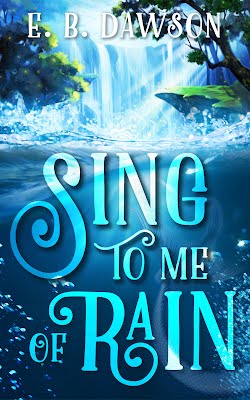 An innocent naiad. A wounded boy. An adventure that will change their lives forever.

Plip is a naiad of the Great Waterfall, destined to one day sing the songs that send rain out into the world.

Akino isn’t destined for anything but trouble. His father long gone, his mother working on a plantation far away, he doesn’t really belong in the village below the Waterfall. And the villagers don’t let him forget it.

When Akino convinces Plip to travel down the mountain with him, for his own selfish purposes, he launches them into a world more dangerous than either of them could imagine. A world where people are not always what they seem and the rain does not fall evenly across the land.

The village of Fells stretched up and down for nearly a kilometer on either side of the Great Waterfall. Its crooked little houses perched precariously one above the other, bolted to the mossy rock face in a manner that would seem quite miraculous to the rest of the world but was the least interesting aspect of life in Fells.

From here the weather of the world was sent out by the Weather Masters, wizened old men and women who plucked threads of water from the cascading falls and wove them deftly into clouds, guided by the song of the naiads, who danced in and out of the falls like fish in a river.

Plip had lived in the waterfall since she was no bigger than a water drop. She was now nearly grown, almost a full eight centimeters long with a powerful tail that propelled her up the falls and long, blue-green hair like her mother. But her singing voice had not arrived yet, even though she had been wrapping her throat in orchid leaves according to the exact instructions of her best friend Lua.

Plip’s mother sang the song for rain-that-would-fall-on-the-flowers. It was clear and sweet. One had to be gentle with rain that fell on delicate petals, so as not to bruise them.

Plip’s father sang the song for the rain-that-fell-in-the-woody-marshlands of the south. Mother’s gentle rain would not last long in the marshlands, Father used to say with a teasing laugh. Plip did not exactly know what a marshland was, but Father said there were great creatures with fierce teeth who swam through those waters, and fierce men who hunted them. “My rain must be strong if it is to give courage to the creatures of the Woody Marshlands.”

“Be patient,” her mother said. “Your song will come when it comes.”

It was difficult to be patient when one grew up in a waterfall. The water certainly seemed to be in a hurry to reach the earth. Perhaps that’s why the naiads were rarely still themselves. When they weren’t singing, they were playing in the frothy fingers of the falls or chatting with the people of the village.

The Weather Masters were peculiar people, so very solemn and still, and incredibly old. They had wrinkles on their hands and around their eyes. They needed a great deal of sleep every day and only the young ones really wanted to play. But the old ones would talk and tell wonderful stories, and Mother and Father said that they held great wisdom.

This month, Plip’s favorite was a man called Tsomo. He had lost his sight several months ago but still wove the most beautiful clouds in the village through the memory of his fingers.

“Where does your rain fall today, Tsomo?” Plip would ask as she perched on his porch.

“On the just and the unjust, child,” he would reply.

“But that was your answer yesterday!”

“It is also true today.”

“You have such strange answers,” she would laugh.

“They only seem strange because you do not understand the questions,” he said with a smile.

“I am almost of age,” she protested. “But you make me feel as if I know very little of the world.”

He chuckled. “You have never left the waterfall, little one.”

“Father says that we are not meant to go out in the world. When the water returns to us from the corners of the earth, it tells us where it has been. But the water does not speak to me yet. Mother says that when I hear it, I will find my voice. Only it seems to me that day will never come.” 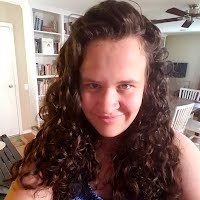 E.B. Dawson was born out of time. Raised in the remote regions of a developing nation, traveling to America was as good as traveling thirty years into the future. Now she writes science fiction and fantasy to make sense of her unusual perspectives on life. Her stories acknowledge darkness, but empower and encourage people to keep on fighting, no matter how difficult their circumstances may be. She currently lives in Idaho with her family and her cat Maximus.